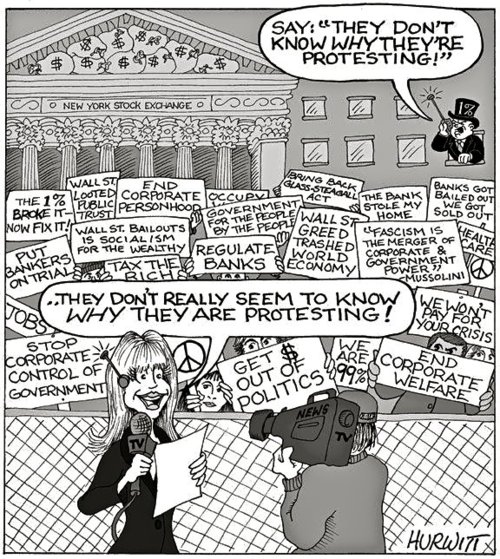 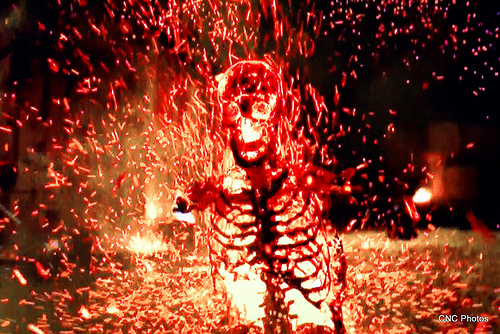 So the World War Two Generation used their unprecedented wealth and power to wage a war against the generation who would be taking over from them, keeping them and their values under attack and away from the centers of power and influence in society as long as they possibly could.

Desperate Stand: The Battle of the Bill (Clinton)

It is enlightening to consider in the Nineties the persistent attacks on Bill Clinton (similarly, on Al Gore and Hillary Clinton, continuing)–the first Sixties Generation U.S. president–ever since he took office. The Monica Lewinsky scandal is a typical example of the extent to which the World War Two Generation so effectively controlled the views and values expressed and subtly expounded in the media ever since it took conscious control of the society’s “collective consciousness” in this way in the early Seventies. By this I mean that in the entire time of the scandal, it was assumed that sex is bad, or at least that sex outside of marriage is bad. It was assumed that Hillary must be horribly pained and angered by the revelation of her husband’s affair(s).

It is as if the slogan “Make Love, Not War” was never a generational outcry. I don’t believe you will ever find in the history books paid for/ published by World War Two Generation owned publishing houses mention of the fact that slogan was ever used. Indeed, with all the talk by pundits, analysts, and commentators on literally hundreds of TV shows during the entire time of the Lewinsky scandal and impeachment drama, that slogan, “Make Love, Not War,” was practically never mentioned. I am aware of only one time–when I heard it slipped in unnoticed by a participant in the middle of a talkin’-all-at-once brouhaha on the TV show “Politically Incorrect,” whereupon it was totally ignored.

Even more astonishing, those same pundits discussed, ad nauseum, this scandal and all the myriad ramifications of it yet never, to my knowledge, made note of Clinton’s generational status and the views, exemplified by “Make Love, Not War,” which our generation espoused. It has simply been assumed that all of the Sixties Generation “grew out” of that kind of “nonsense” and had adopted the views of the WWII Generation..again, polls on values and viewpoints be damned. 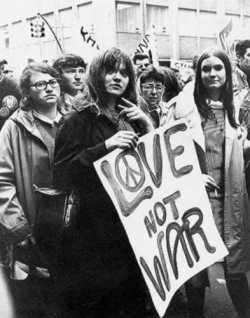 Most telling of all in the attacks on Clinton’s behavior is the assumption that such a stance on open marriage and uninhibited sexuality is a product of uncontrolled lewdness and the sexual license exhibited primarily by the young, which naturally everyone grows out of in order to adopt the constrained and secretive sexual views of the old. The sexual revolution’s parallel growth in the Sixties with expanding civil rights, women’s rights, and individual liberty is completely ignored.

Its roots in an idealism about final and complete gender equality is totally vanquished as if it were never so.

In fact, I doubt you, the reader, know of this. Yet hordes of Sixties youth shared with each other, conspiratorial like, the Sixties novel, The Harrad Experiment by Robert H. Rimmer, that portrayed–in poetic and highly intelligent fashion–an evolution to a radical equality between the genders, to an elimination of neurotic suffering around sexuality as, for example, in painful jealousy, to an ending of sexual violence as in spouse abuse, and a final and complete solution to a gender war existing for all time with incalculable casualties and near infinity of suffering on both sides. It was a story about non-monogamy and open relationships…”free love.” 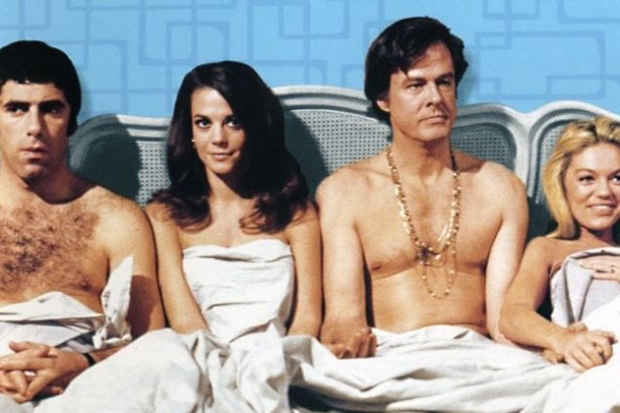 Neither did the pundits point out that Bill Clinton is of a generation who made a book on “open marriage” a bestseller. The clinch on the media by that older generation has been so complete as to have, apparently, completely dismissed or erased from the minds of the pundits the facts that those ideas and books ever existed. Another thing erased from history since the Seventies: the “sexual revolution.” Remember that? When was the last time you heard that talked about? All of the energy that had surrounded these controversial ideas has, because of media manipulation and repression of these views, been channeled into and reduced to a fight over a woman’s right to choose, i.e., the abortion issue, and more recently to fights over union rights and budget cuts. 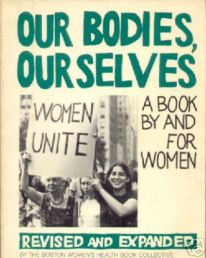 Incidentally, it is no coincidence that the issue of abortion has taken on such importance for so many in the electorate, for it is the last remaining battle of the “culture war” directly continuing from the Sixties. Prior to the Sixties, women’s bodies could not be considered their own, in many ways; a prominent way was the illegality of abortion, which made outcasts and corpses out of untold numbers of women. It was reversed by Roe v. Wade in the Sixties.

But the battle never went away and is the major front in a Gender War that has been going on for millennia.

And your position on the abortion issue is the closest thing to a military uniform indicating on which side of the culture war you have enlisted. Specifically, I am saying that there are few of the Sixties Generation who would not classify themselves as “pro-choice.” Meanwhile, the anti-abortionists are found to be comprised primarily of those of the WWII Generation, their Eighties Generation clones, and the Eisenhower-Presley-McCarthy—and now we might add “Pleasantville”—Fifties Generation. (For a definition and explanation of Fifties Generation see the previous chapter, “Chapter Four: Concocted Worlds“)

World War Two Generation just doesn’t get it…never has, and never will

Of course, I am saying that the War on Clinton was, in its essence, an unacknowledged but desperate battle in the Culture War that has been going on since the Sixties–despite these attacks not being framed or talked about this way–between the World War Two and the Sixties Generations. The World War Two Generation, especially after the elections of November 1998, has learned that it is way off in some of its assumptions, that their analysis of what has been happening in this country is woefully miscalculated.

They are like the deluded schizophrenic who has believed passionately in the world he has himself created coming up against some of the hard, harsh, and indisputable facts of existence which undermine his world. The World-War-Two-Generation–minded–whatever the individual’s age–have been fighting back, since the Nineties, with all the firepower they can muster against realizing the harsh realities around them of their waning ideals. They have been in total and absolute denial of the direction of the American, indeed the world, consciousness; and they have been flinging all their wealth into the mix to try to repress the emerging truths.

When I first published on this topic in 1998 I wrote, “But we shouldn’t be surprised if we see some of those in their ranks–wealthy and facing their inevitable demise–merely increasing the ferocity of their war waging…humiliating themselves and seeming ever more pitiful in the minds of the majority of observers, who increasingly, as time continues to decimate their WWII ranks, are younger than they and thus do not share their delusions.”

I’m sorry to say I was more correct than I could ever have dreamed as we have faced, since the change of the millennium, neo-con wars built on lies and confused tea-baggers railing against their own interests.

This entry was posted on November 7, 2011, 3:16 am and is filed under activism, Culture, Generations, History, life, occupywallstreet, Politics, psychology, US. You can follow any responses to this entry through RSS 2.0. You can leave a response, or trackback from your own site.