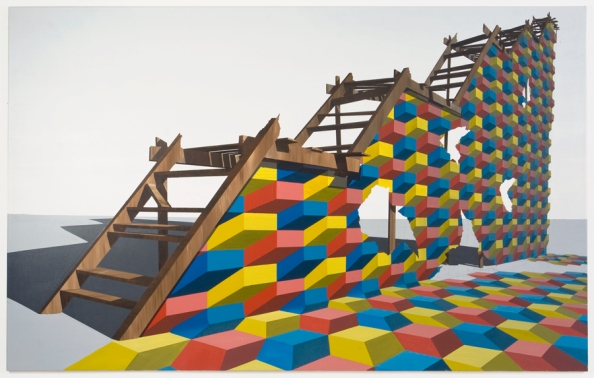 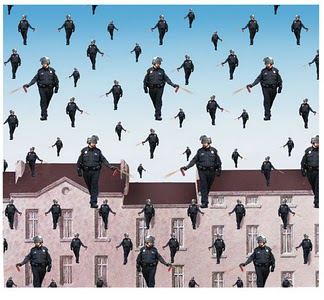 This is the second of three parts detailing the history of the Republican Party’s incredibly disciplined, relentlessly persistent, and amazingly cohesive nearly fifty-year campaign to gain advantage and wealth for their benefactors, the corporations and the “Filthy Rich,” through totally concocted untruths.

It continues the exposition of this incredible phenomenon of decades-long and increasing intentional misrepresentations used by one party representing a tiny segment of the electorate to weave a fabric of falsity over the eyes of the American public. Similar to a kind of hypnotic trance, it is a widely accepted but unreal and mostly opposite mental state acting like a filter to reality, blocking out the truth and substituting a fantasy quilt woven of verbal constructions.

These constructions–the “obvious truths”–are designed to please the ear, rationalize the urges, and comfort the ego, so that they will become acceptable substitutes for reason and honest perception in a population which has also been intentionally burdened, stressed, and busied through policies intended to keep them submissive and fearful.

The Perpetrators and Their Motive of Fear 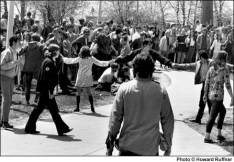 This coordination of policy and mantra is a strategic effort, emanating essentially from a sliver of the population, as a terrified reaction initially to a rapid series of popular developments and mass movements with global reach, with the apparent power and possibility of overthrowing a multigenerational structure of power, wealth, privilege, and dominance.

The acceptability of this substitute narrative was shaken only in recent years as it collided dramatically with the system that it had spawned, exposing its roots in the minds of a class and its utter lack of foundation in reality. The story of this lengthy and comprehensive intentional deception, its dramatic collision, and the gradual awakening of the population to the real forces behind the events of their lives and times, revealed in the shock of the disruption, continues.

In Part One—Chapters Eight and Nine, I talked about the fifty-year Republican campaign to convince the media and the American people of certain truisms that had nothing to do with the truth, in fact were almost one-hundred percent of the time the opposite of the truth.

It’s pretty amazing what they were able to do.

It’s quite a story what a campaign it was, involving such things as getting people poorer and poorer, requiring them to work longer hours and so on so that they would have less time to think about things. It included other elements such as the way in which people’s minds were either stressed or made busy, and also the way they wore down the American people’s resolve to fight back against injustice

Repetition Makes It Possible to Control.

The Republican untruth, no matter how contradicted by observable reality, was endlessly repeated in the exact same way, by each and every Republican. Always and everywhere when reason would be called on instead the hypnotic truism would be brought out. Pounded home in this manner, the “obvious truth” would eventually take root, sadly, without fail, for lack of anything else countering it able to be remembered.

The Democrats, meanwhile, were of course on the opposite side of this seamless coordination of Republican effort. Since their motives were not to enslave, their instinct was to respond, for their part, with reason and explanations that step by step delineated the causes of things. However all those words could not be remembered or take root in the minds of the befuddled masses, surrounded by such a barrage of an organized, disciplined ongoing assault of “talking points” against them.

Policy Was Added to Words to Bring into Unconscious Complicity the New Mental Territories Invaded.

This mesmerism was combined with carefully crafted and timed Republican policies which succeeded beyond all expectation in eroding leisure (i.e., pondering) time, financial power, physical strength, sleep and pleasure time.

Together they created increasing worry and stress time, overwhelmed and busy moments, and mindless paperwork time. It brought in confusional realities and mental “supports.” This precarious mental state left people defenseless against the major thrust of verbal repetition, comprised of simplistic, simple-minded, irrational, then increasingly irrational, but perfectly concocted verbal phrasings that elicited the precise proportions of fear, apprehension, uncertainty, feelings of paternal comfort and of being approved of, unimpeachable direction, comprehensive reinforcement and support, pleasing reward, and congratulation so as to manage, direct, and control the populace.

That’s all I’m going to say now, but, if you didn’t read the previous two chapters or hear the first audio, that will give you a little jumpstart on this. Part Two picks up from the end of Part One, and continues now.

The Rise and Fall of “Obvious Truths,” Part Two
– an Audio Reading by SillyMickel Adzema

Here is an audio of the author’s impassioned reading of this part. Though it is of the first, unedited and unpolished version, and it does not contain all the detail of its current form below, it does capture the flavor of it all. I offer it here for your listening pleasure. For the reading of this part, “The Rise and Fall of ‘Obvious Truths,’ Part Two,” click on the link to the audio site above or click the link to the audio player below.

http://cdn.hark.com/swfs/player_fb.swf?pid=dhvsqlbnjl
The Rise and Fall of Obvious Truths, Part 2. by SillyMickel Adzema

This entry was posted on February 3, 2012, 9:49 pm and is filed under activism, Class, Culture, economics, globalrevolution, History, occupywallstreet, Politics, psychology, US. You can follow any responses to this entry through RSS 2.0. You can leave a response, or trackback from your own site.