Corporations Crowding Out the Mom and Pops … HMOs Driving Out the Private Physician, It’s the Same Old Monopoly Game

Better Off Than Fifty Years Ago? Part Eight: The Monopoly Game Again…It’s About Creeping Corporate Insertion Into Every Aspect of Your Life. 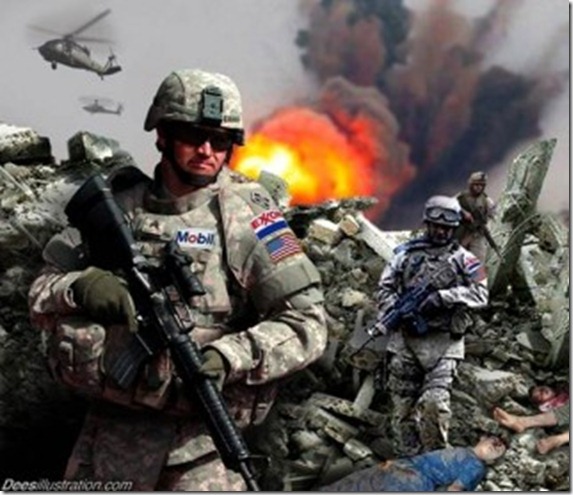 So then also, these businessmen with their HMOs are having near monopolies; they’re the only HMO providing health care in many areas. The only alternative is privately paid physicians. And these medical providers have costs that have have gone up because of their reduced client base, their patients having been siphoned off by the HMO. 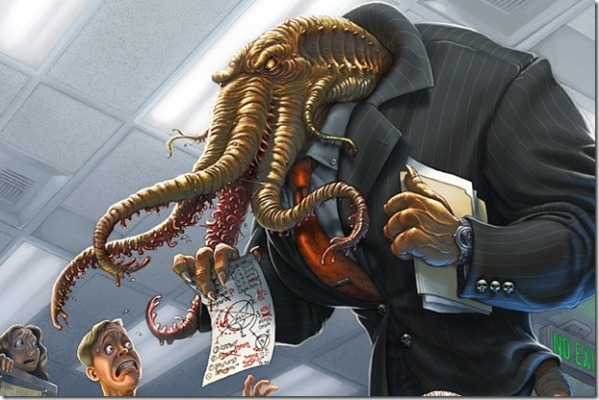 “Buy One Appendectomy, Get a Second One for a Dollar!”

So private care physicians have the same overhead, and now they’ve got less clientele. In addition to that, now with their making less money and having higher costs, they also have extra costs, of competition, advertising for the first time.

“I Need to Take Two Aspirin…I’ll Call YOU in the morning.”

But that’s only one of the many costs that occur in a situation where you have a small market, with the same number of providers. You have a scrambling with other private small medical practitioners over a smaller pile, which increases not only the competitive costs involved in having to put oneself out

there to win clients from competitors and thus further increases the cost of private care, it also increased pressures and tensions on private physicians who now are required to have two jobs.

They have to be medical provider and business person. They have to work longer hours because of this too.

Of course you can imagine what a boon this was for medical care in our country.

Now you not only have to pay more for private care but also compared to not so long ago it is being increasingly performed by angry, stressed, tense, overworked, underslept professionals. Well what happens when you’ve got those kind of people providing you medical care on the private side?

So, on the one side–the mega-care side, you have them denying you medical care even if you’ve paid. 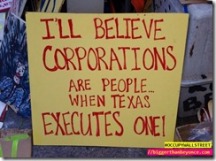 You’ve got them denying you coverage if you have anything wrong, or if you’ve ever had anything in your life and you admit it. You either don’t get covered at all, or you may have paid premiums for years but when you get sick you don’t get treated so you die.

“Take Two Aspirin and Call Me After Tax Time.”

On the other hand, you can pay the higher costs for private care out of your pocket. And these people are overworked, spending much of their time trying to drum up business and trying to take care of all the increasing paperwork of a competitive business enterprise and that of an ever increasing number of payers. So they’re making more mistakes.

And more mistakes equal what?

More mistakes in medicine means more people dying, by mistake, or having the wrong procedure done, or having the wrong limb removed. The extra stress will push some physicians to “operate under the influence” of alcohol or the readily available prescription mood drugs glutting the market. 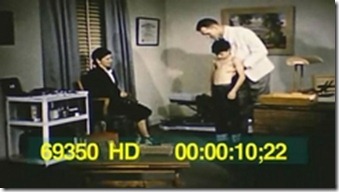 You get the idea that things may have been getting worse over the years in a lot of areas?

So with all the extra pressure on medical practitioners, we begin to hear more and more about malpractice. So, another cost is introduced. And medical malpractice insurance for physicians has ever increasing premiums. This adds even more to the price of private care.

The Kind of Care That Increases Suffering 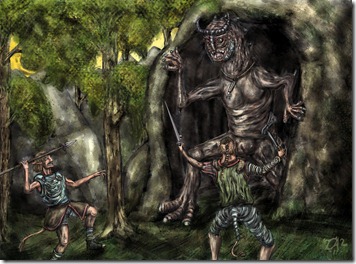 So you can see that the suffering of the masses, in both health care systems, is going up. As for the doctors themselves, well now they’re either out of business because they made a mistake or they’re keeping up with the competition and trying to make a living. But now they have these huge malpractice insurance payments. This is a cost HMOs can easily absorb, but for private physicians, it adds even more to their costs of business,

their need to increase their fees, their loss of patients, their financial stress.

So what happens? They’re forced out of their professions. Or, they’re minds are filled up with financial considerations and they are burdened with concerns…and now they’re gonna treat you!

Foolin’ the People About America: Republicans Are for Small Business?

Making It So You Need a Car to Do Anything

Well, I’ve been around long enough, I saw this before. It’s a pattern of the big guys gobbling up the little ones. It’s the story of creeping corporate insertion into every aspect of your life that you keep seeing over and over again in America. And it’s changed America. 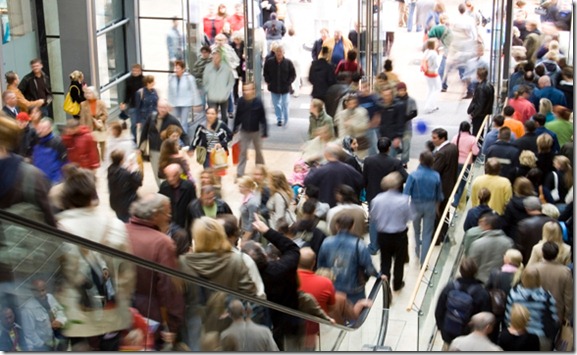 Back in the Time of Neighborhoods 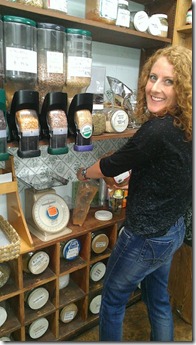 There was a time when there were no supermarkets in America. I remember that time. You used to be able to walk up to the corner, walk down the street, and you’d see bakeries, drug stores. There were penny candy stores, there were meat markets…. There was a wonderful ambiance of community about it…it was a garden of delights…people smiling and everything.

Drive to the Store, Get a Loaf of Bread.

And now they have these huge mega supermarkets. And I saw the way it slowly changed; it didn’t happen overnight. 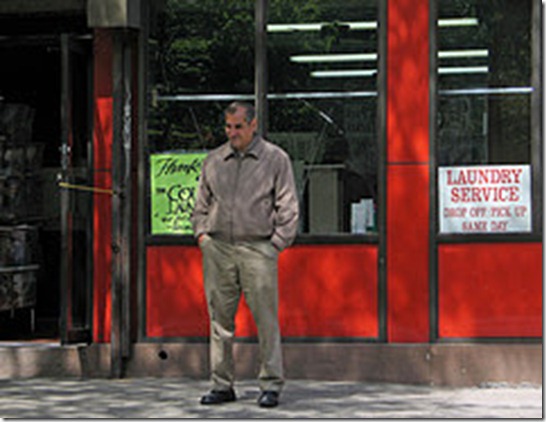 Republicans—On the Side of the Mom-and-Pop Walmart

Those supermarkets — run by hourly wage workers — could beat mom-and-pop prices. Gradually over the years we don’t have meat markets, bakery stores….

And Republicans say they are for the small businesses, the backbone of the middle class. Well, 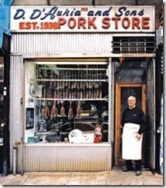 this is an example of just what a lie that is because, no, supermarkets are not small businesses. It’s all those meat markets, bakery stores and all that–those are the small businesses, they are the mom and pop, those are the average Americans trying to be self employed. Self-employment is not huge corporations. 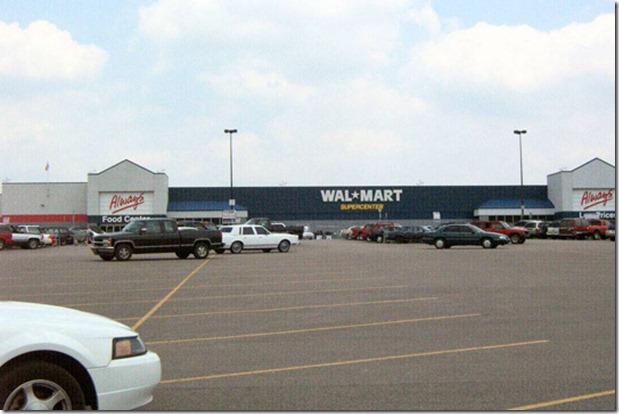 Continue with Tax the Wealthy, You’re Taxing Me: Money Madness … Foolin’ the People About Money, Part 1

Return to Thanks for Those Health Care Savings, Dick! Nixon’s Big Idea: HMOs…for One-Stop Larceny. Better Off Than Fifty Years Ago? Part 7 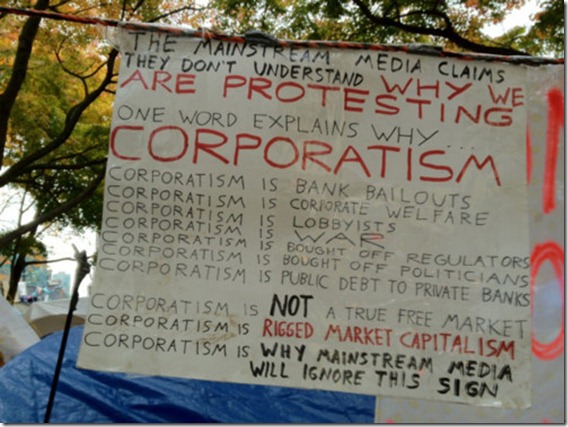 Continue with Tax the Wealthy, You’re Taxing Me: Money Madness … Foolin’ the People About Money, Part 1

Return to Thanks for Those Health Care Savings, Dick! Nixon’s Big Idea: HMOs…for One-Stop Larceny. Better Off Than Fifty Years Ago? Part 7

This entry was posted on May 2, 2012, 6:58 am and is filed under activism, authenticity, being yourself, Class, Culture, economics, Generations, globalrevolution, History, individualism, life, meaning, nonconform, occupywallstreet, philosophy, Politics, psychology, spirituality, uniqueness, US. You can follow any responses to this entry through RSS 2.0. You can leave a response, or trackback from your own site.