Why Humans Are the Sorriest of Species … Apocalyptic Foretellings Hidden in Myths of Eden, Prometheus, Pandora, Icarus, Cain and Abel: 21st Century and Its Discontents, Part 11 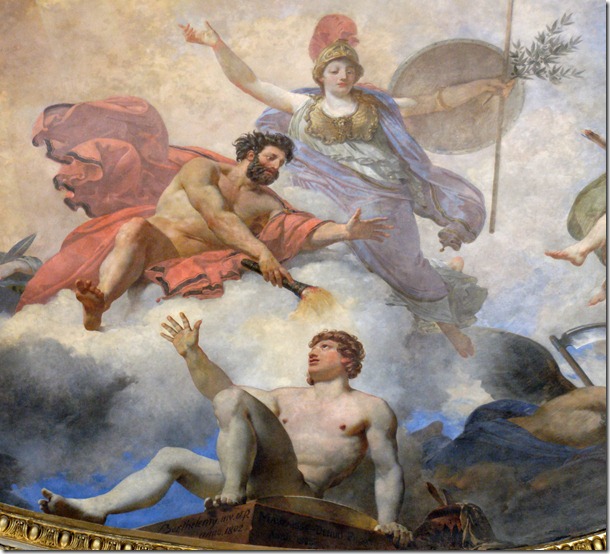 Kaleidoscope of Postmodern Life, Part Eleven: Prometheus, Meat-Eating, Pandora, Eden, the Apple, the Fall, Cain, Abel, and When and Why Human Life Became All About Work

Meat-Eating and Apocalypse…First Falls and Last

After writing the previous section on fire, meat, Prometheus, and Icarus, and in subsequent research into the Prometheus myth, I found there is far more connection in the myth to the eating of meat than I realized. 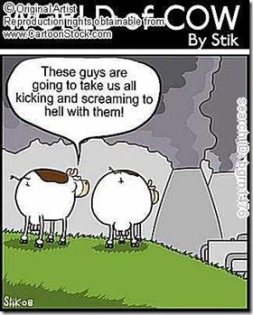 Also, the myth’s elements underscore the idea in the previous article that in stealing fire/ eating meat, we set off the developments that would lead to our apocalyptic prognosis today. Further, it is clear that the Prometheus myth is the Greek analogue to the Judaic myth of Eden and the Fall, which supports my thinking that the apple in the Garden of Eden represents meat—meat eating…hunting…killing of planetmates.

The Greek Fall from Grace—Prometheus

In the Prometheus myth, the fire stealing started with a trick that Prometheus played on Zeus. Prometheus—midway between gods and men, a Titan—gave the god two offerings from which Zeus was to choose. He gave meat and bones. Zeus chose the bones, supposedly because it was packaged more attractively. This is said to be the basis for why humans eat meat, according to ancient understandings.

But when Zeus realized the

trick, he was pissed … understandably. He hid fire from humans in retribution. Subsequently, Prometheus stole the fire and gave it to mankind. But this angered Zeus even more. So, this time to take revenge, he sent the first woman, Pandora, to live with men. 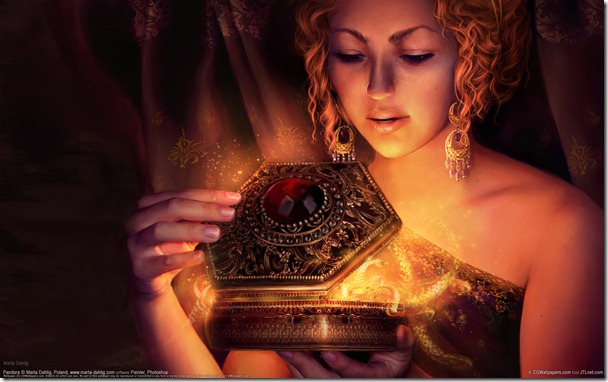 Ha Ha … Very Funny, Zeus. Thanks a Lot for the Pandora 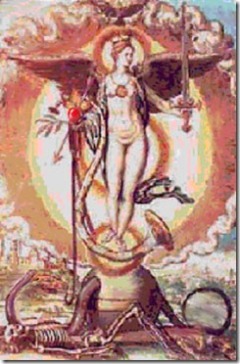 Pandora literally means “all gifts.” So it is that Pandora represents all the blessings that come with human advancement, represented by harnessing fire. But Pandora, as we all know, brings all troubles as well.

She carries a jar that, opened, releases all “evils, harsh pain and troublesome diseases which give men death.”

Pandora shuts the jar but it is too late, and many of the evils had already escaped. Interestingly, what remains in the closed jar along with the rest of the evils is hope. This is a theme that I return to again and again in this book and the subsequent one, The Great Reveal, in discussing what we need to do about our dire situation: That is, turn and face it, delve deeper into it and not turn away, for therein lies our only real hope. 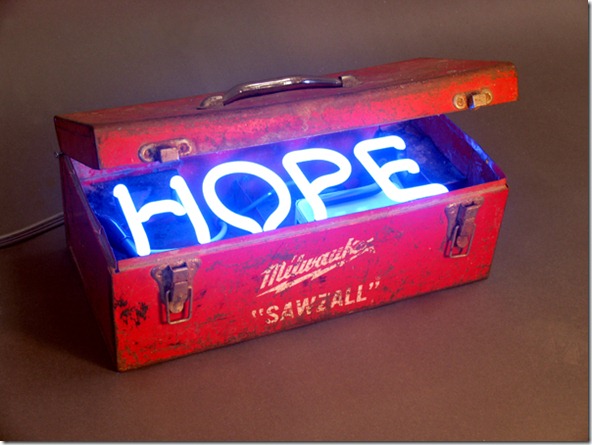 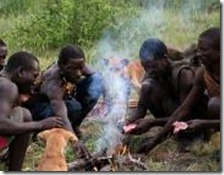 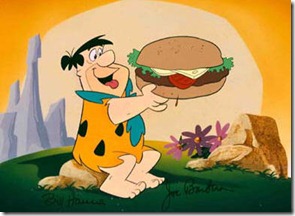 But notice the parallels with the myth of Eden. In the Biblical rendering, the eating of the apple—which I say represents eating meat—results in the end of easy existence and that from then on humans survive only through “the sweat of one’s brow.”

Sure enough, the end of the nomadic and

vegetarian existence of early humans—called the first “affluent society” because it required only three hours a day of work to garner what was needed for survival—occurs with the introduction of hunting, then agriculture, then husbandry. [The Great Reveal and Footnote 1]

And in the Bible, we notice that immediately after Eden, the “second generation” of humans is seen working strenuously to survive as represented by Cain and Able, who were one a tiller of the soil and the other a herder of animals. 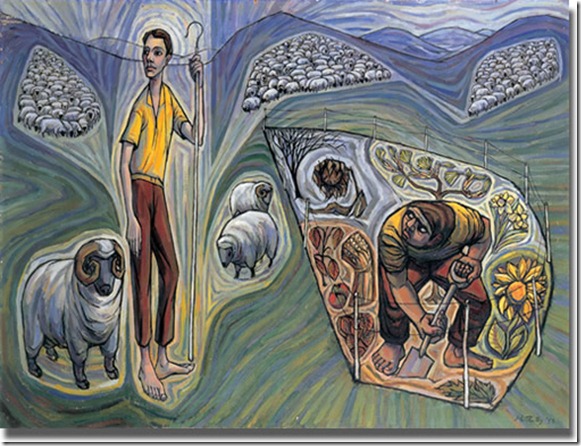 That not bad enough, but then after Cain slew Abel, like a second fall from grace God added an even greater load of hard work. Cain was told that to punish him, the earth that had soaked up the blood he’d spilled would resist aiding him in producing his crops and he and those who came after him would have strenuous work in eking sustenance from 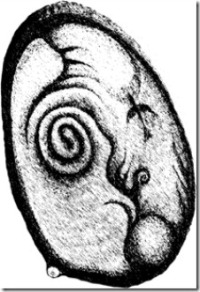 her and a hard life in simply surviving.

As an aside, notice how whenever we talk about the deepest structures of our mind—and myths provide a glimpse into that—we see the perinatal gestalt. For the Earth here—the placenta—is no longer rich, nourishing, and helpful but, as is the case for the prenate in the late stages of gestation, is impoverished of oxygen and nutrients and less vital, less supportive of one’s continued living. 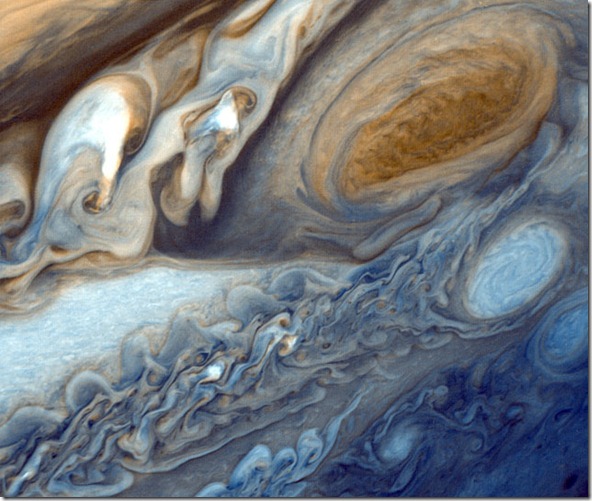 Promethean Fall – Defiance is Punished by Hard Work, Like in Eden

And the Prometheus myth also has this same sequence as in Eden and the Fall of a defiance of the ways of Nature and God followed by a punishment and suffering, but also by strenuous work as being the lot of humans from then on. For as Hesiod relates the myth, Zeus did more than take fire from humans in revenge for being tricked out of the meat that Prometheus first deprived him of (and for that you can read that humans

took from God/Nature the determination of life and death, which in our deciding to kill planetmates, we most assuredly did, see next post), but Zeus also took from humans “the means of life.”

And the consequences of this are similar to being cast out of Eden. For if fire

had not been stolen…meat not eaten by humans…humans not adopted hunting, horticulture, husbandry,

as Hesiod puts it, “you would easily do work enough in a day to supply you for a full year even without working; soon would you put away your rudder over the smoke, and the fields worked by ox and sturdy mule would run to waste.”

Continue with Deep Thoughts on The Fall – On Sacrifice, Dominion Over Death, Meat, and Murder … Beginning Our Apocalypse: 21st Century and Its Discontents, Part 12

Return to Sorry, Billy Joel, But We Did Start the Fire: Why Humans Are So Big on Burning…And Its Apocalyptic Prognosis For Us Today: 21st Century and Its Discontents, Part 10

1. Excerpted from “From Hunting and Gathering to Sowing and Reaping”

Cultural evolution can be defined as the process of developing the tools and skills to deal with certain challenges. Therefore challenges present the key stimulus for any kind of development. The challenge to survive as a hunter/gatherers is not inconsiderable – and early humans met the challenge for hundreds of thousands of years, without depleting their natural environment. Agriculture was invented about 10000 years ago and many of the environmental crisis we face today are directly related to this paradigm shift, from the destruction of the world’s forests in order to grow crops, to the depletion of land due to monocultural plantations, to salination and a thousand other woes.

Early humans were nomads. They roamed within a certain range. Trespassing into another group’s range could result in conflict. However, due to population limits, each group’s range was quite extensive. It is often assumed that finding food must have been incredibly challenging and time consuming, yet, research has demonstrated that in favourable habitats only an average of 3h per day are needed to collect food, plus some more time for preparation. Anyone who has ever even partially lived on foraged foods knows that nature supplies plentifully – each thing in its season. It is also a popular idea to imagine that people were moving around constantly, only remaining in one place for a matter of days. But there is no reason to assume such restlessness. It seems far more likely that people would move from campground to campground in accordance with the seasons, in tune with the things they would find in each place. And it seems reasonable to assume that they would remain in each place long enough to gather and process for transport whatever gifts Mother Nature had offered. Only in areas that are particularly hostile, such as deserts or the circumpolar regions, would frequent moving be necessary since food supplies are less abundant.

(At the 1966 ‘Man the Hunter’ conference, Marshall Sahlins presented a paper entitled, “Notes on the Original Affluent Society,” in which he challenged the popular view of hunter-gatherers living lives “solitary, poor, nasty, brutish and short,” as Thomas Hobbes had put it in 1651. According to Sahlins, ethnographic data indicated that hunter-gatherers worked far fewer hours and enjoyed more leisure than typical members of industrial society, and they still ate well. Their “affluence” came from the idea that they are satisfied with very little in the material sense. This, he said, constituted a Zen economy. http://en.wikipedia.org/wiki/Hunter-gatherer)

More at “From Hunting and Gathering to Sowing and Reaping” at http://www.sacredearth.com/ethnobotany/food/civilization.php

Continue with Deep Thoughts on The Fall – On Sacrifice, Dominion Over Death, Meat, and Murder … Beginning Our Apocalypse: 21st Century and Its Discontents, Part 12

Return to Sorry, Billy Joel, But We Did Start the Fire: Why Humans Are So Big on Burning…And Its Apocalyptic Prognosis For Us Today: 21st Century and Its Discontents, Part 10

This entry was posted on May 24, 2012, 12:01 pm and is filed under activism, allegory, authenticity, being yourself, Class, Culture, economics, globalrevolution, History, individualism, life, meaning, nonconform, occupywallstreet, philosophy, Politics, psychology, spirituality. You can follow any responses to this entry through RSS 2.0. You can leave a response, or trackback from your own site.