How We Look to the Gods and Prometheus Redux … Building More Nukes and Drilling More Holes – Icarus Keeps Flapping and the Gods Can’t Stop Laughing: 21st Century and Its Discontents, Part 16

Kaleidoscope of Postmodern Life, Part Sixteen: View From the Heavens and Prometheus Redux … Icarus Is Flapping and the Gods Are Laughing as We Build Nukes and Drill Holes

Before leaving Prometheus for good, let us consider some other interesting

aspects of its rendering that provide insight into this book’s exploration of the deepest psychological—perinatal—roots of our apocalypse now:

There are four legends of the Prometheus myth—all of them are reflected, coincidentally, in themes in this and its related books, Culture War, Class War and The Great Reveal. They are

According to the first, he was clamped to a rock in the Caucasus for betraying the secrets of the gods to men, and the gods sent eagles to feed on his liver, which was perpetually renewed. 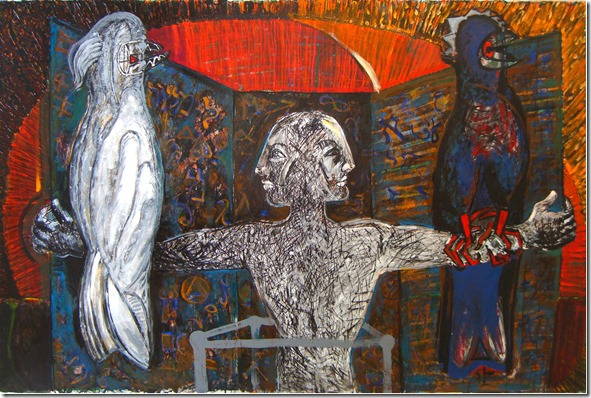 “Betraying the secrets of gods to men” includes the biggest divine prerogative—dominion over death. Also, this implies that humans were given the forbidden knowledge which humans are incapable of controlling, which I dealt with at length in a previous section, using as modern examples our stirring up the forces of the atom and the secrets of the DNA. 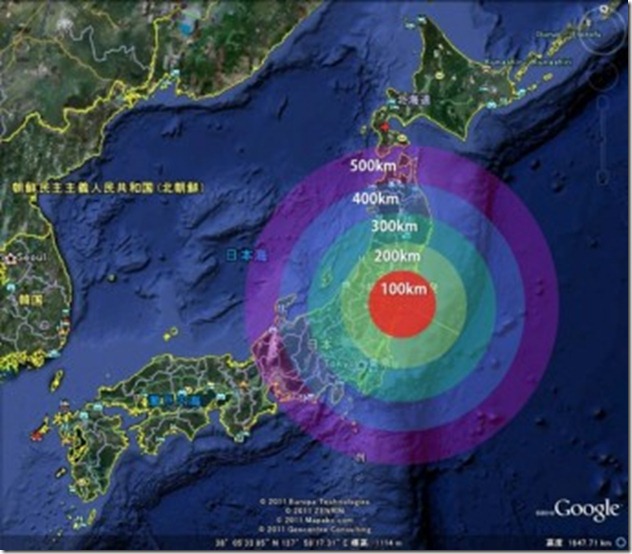 According to the second, Prometheus, goaded by the pain of the tearing beaks, pressed himself deeper and deeper into the rock until he became one with it. 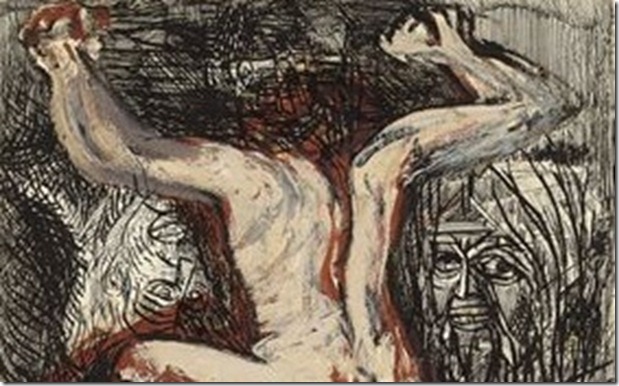 One of the results of Promethean hubris

was control of Nature but therein also detachment from Nature. As I have been showing, our birth pain led us to the Promethean mistake of fire and meat. Both of these contribute to what I have called the thingification of humans, especially in

modern/postmodern times. By that I mean our extraordinary pain coming into the world and then in general in life causes us to split off from the feelings in our bodies. We objectify all of Nature: We remove all its feeling and spiritual components and leave Things as the only reality, including ourselves and other humans. We “thingify” our babies; and as adults we embrace thingification (repression, detachment, estrangement, suppression, alienation) as a way of defending against this pain.

This separation from the pain creates the personal unconscious. But as a species, we have created a collective unconscious—what I have called the Unapproved and Hidden of all cultures. And as I have said, the truth became increasingly invisible over time…our real nature, what we did, and the true cost of our estrangement became ever more buried, obscure…eventually unknowable.

This refers to what happens when we face these uncomfortable truths and resolve them. Ultimately we leave behind these dramas when we have dealt with them so much they no longer have any charge for us… in other words, they become boring… we “weary.” The patterns are still there, but they contain no charge for us. 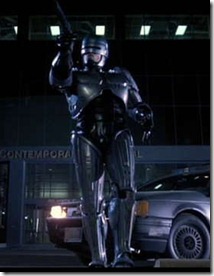 for our defiance of Nature. And in these last three legends we have the ways we have reacted to the Promethean wound within us: ”We become unfeeling, detached, rock-like. We become one with our defenses, thingified.

The second says that we repress this information and it becomes increasingly hidden (“forgotten”) as our species has “evolved,” but also individually, as we get older in life. This is generally what is done with the Promethean wound of birth pain. The third says that some of us face and deal with the wounds. Eventually they are gone beyond, truly gone beyond, as eventually all the charge on them disappears, they have no more control over us or pull on us, as we just naturally weary of them…they dissipate. 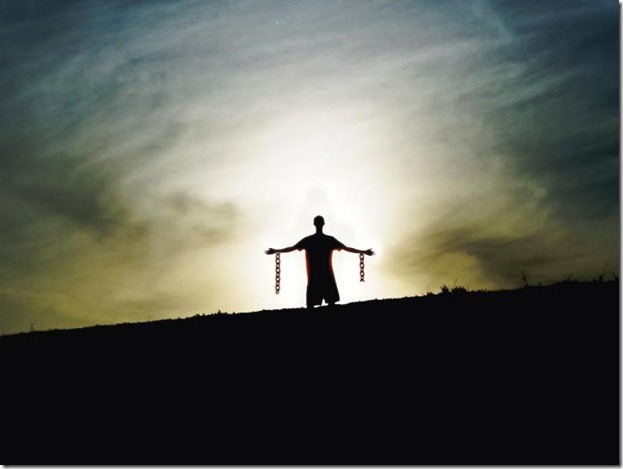 Finally, inexplicable substratum of truth is a pretty damn good description of the Unapproved and Hidden … also known as the Collective Unconscious… But in my rendering of it—dealing with our species unconscious, not just personal, “racial,” societal, or cultural—it contains much more than Jung imagined and because of that reverses many of the interpretations and meanings arising from it from what the Jungians, Joseph Campbell, or Freud understood.

Finally – Futility… The Gods Are Laughing at Us

One final message can be taken from these ancient minings of unconscious Truth which is also a commentary on our current mainstream reactions to the dire developments which are now reaching an apocalyptic peak:

In the Icarus myth, “Icarus kept flapping his wings but soon realized that he had no feathers left and that he was only flapping his bare arms.” I don’t 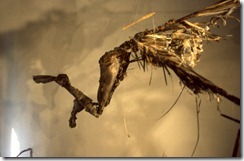 think there is a better image for the way we look in our actions in the face of apocalypse. The gods, 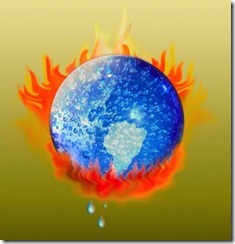 aliens, Titans, angels, and the planetmates must be laughing their asses off at the sight of 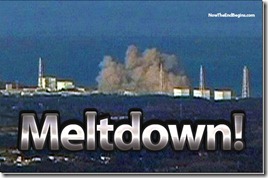 humans continued “flapping” about with ever more technology, pushing ever forward into the face of doom and apocalypse—the sun, the fire for Icarus—even as the Earth below us continues to fail, disintegrate, get polluted and poisoned, and no longer support our continued hubris. 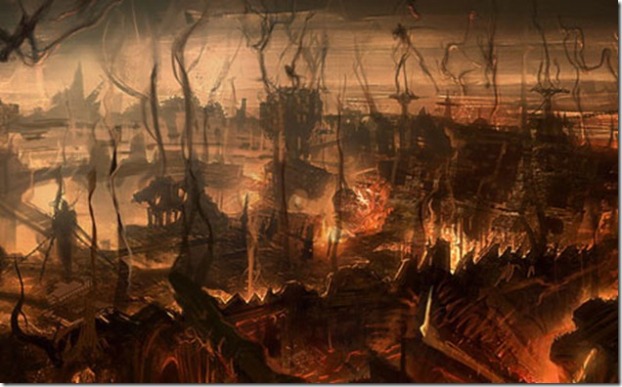 We’re Falling and We Can’t Get Up

—literally in the case of Fukushima—but ever faster we “flap”—seeking to build more nuclear plants, hiding from the populace the extinction level events that are happening RIGHT NOW at Fukushima, seeking to drill ever more even with the BP spill clear as can be in the rear view mirror,

lining the Koch Brothers pockets in touting the benefits of coal as an energy source, melting the rocks around natural gas so that our tap water catches fire and poisons folks who drink it, and so much more. So, yes, even more furiously we flap, the harder for every increase in our fall. 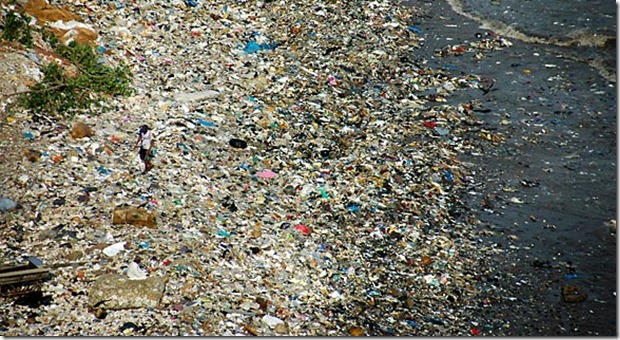 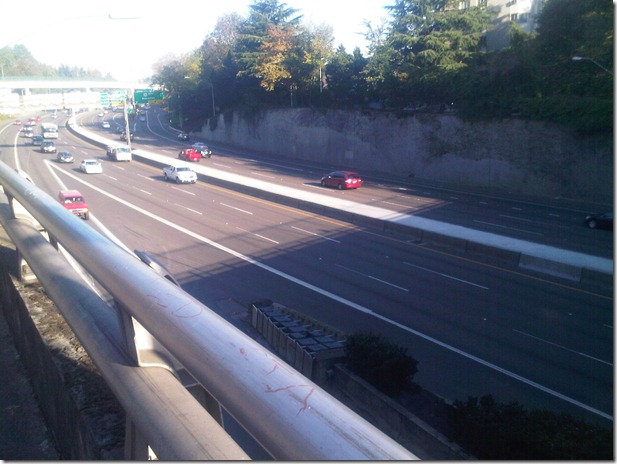 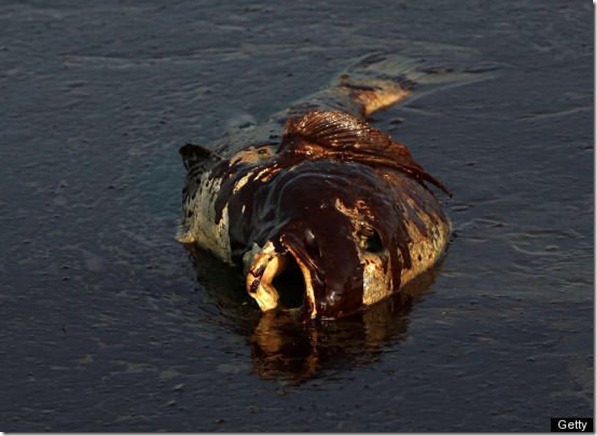 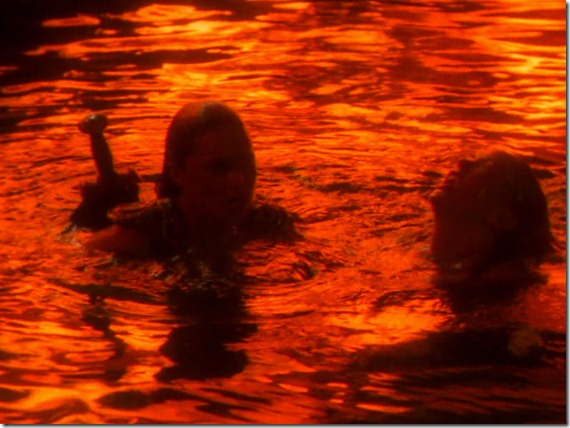 View From the Edge

oxygen insufficiency has pushed us to make fire and polluted environments attractive to us. We’ve seen how these early pushes have set us apart from all other species and placed us on an inexorable slide—which we in good time embraced and claimed as a goal and achievement even—to the edge of an apocalyptic abyss.

Next we look at how this unconscious state of an Oliver Twist style of oxygen deprivation affects us politically and socially…no matter any conscious or moral rearranging of “furniture” on the decks of our individual Titanics.

Return to Real Hope Lies in Pandora’s Jar and Return of the Centaur … Since the Last Time Was 1961, It’s None Too Soon: 21st Century and Its Discontents, Part 15

1. Every time I look at this, It looks worse than I thought. This one makes me think there’s no way any of us will survive this. And if we do, then our children won’t. It’s that bad. And what pisses me off is that progressives want to poo-poo this.

Return to Real Hope Lies in Pandora’s Jar and Return of the Centaur … Since the Last Time Was 1961, It’s None Too Soon: 21st Century and Its Discontents, Part 15

This entry was posted on June 4, 2012, 8:53 pm and is filed under activism, allegory, authenticity, being yourself, Culture, globalrevolution, History, life, meaning, nonconform, occupywallstreet, philosophy, Politics, psychology, spirituality, uniqueness. You can follow any responses to this entry through RSS 2.0. You can leave a response, or trackback from your own site.