The American Awakening – 99% Rising … in a Plundered Land: The Fall of “Obvious Truths,” Part Two

Awakening in the Wake of an Idiot King: The Fall of “Obvious Truths,” Part Two – 99% Rising

However people did start to see through the “obvious truths,” finally, through all of the haze of omnipresent untruth. Maybe it was because so many people were out of work they had some time to think. I don’t know.

And then Obama came along. He spoke plainly. He spoke like one of us because he was one of us. Like Bill Clinton, who incidentally was also raised by a single mother, Obama had a middle class background and humble origins. His mother was said to be a “hippie” of sorts; she was certainly internationalist in her perspective, not jingoistic. She died owing medical bills and, sadly, struggling with insurance companies. Obama’s origins have nothing in common with those of, say, a Romney…or a Bush. He wasn’t cradled in wealth, and his family had no ties with Nazis like the Bushes.

You couldn’t say he wasn’t one of us; you couldn’t make Obama out to be an elitist. Of course, they tried to; they got so cocky there is nothing the filthy rich and their Republican lackeys would not speak to see if they could get away with it. Obama was called “elitist” when he was campaigning and when in office they changed that to “socialist” and un-American. He had the same kind of pejoratives thrown at him that the 1% have always drummed up against any of us radicals, “hippies,” activists, or any of us coming up from the 99%. He forgo taking up some lucrative position in the corporacracy after his university years and instead worked as a community organizer. I personally can appreciate that having done something similar at one point in my own life.

But, no, he spoke like us. He made sense. He used rational arguments like his Democratic predecessors, but unlike them he could weave that logic with examples and words from our lives. Perhaps Clinton is the only president in recent memory who could really do that as well. And, being black, he obviously didn’t look like our usual American overlords.

Certainly, they tried to make him into some rich person. It is amazing how the filthy rich will paint their opponents with the brush that belongs to them. One of the big lies they always put out there is that “The Democrats are the ones who are rich.” And they’d say, “Well the Kennedys were…” 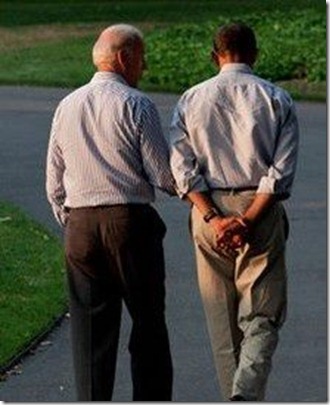 Seriously, they do this. It is so typical.

Nowadays they bring up the name, George Soros. They find the one billionaire on our side. They don’t tell you that he’s got one-tenth the wealth of the Koch Brothers who fund the Republicans and the extreme right. With Soros’s billions dwarfed and insect-like up against the mountains of gold behind Republicans, they still make him out to be some kind of source of all evil. Unbelievable.

But that’s what the Republicans and the right-wing-nuts to. They will find one example of anything. Always just one example will they be able to come up with, but they will use that to make their crazy “truth.”

Indeed, Obama chose a running mate, Joe Biden, who also had unprivileged beginnings. Biden grew up in the unassuming city of Scranton, in the center of the one-time Pennsylvania coal region, only ten miles from where I happened to have been raised. Biden was one of the least moneyed if not the actual poorest of any of those in the Senate. He ran his first campaign on a shoestring budget and was still taking the train to Washington at the time of his nomination to the vice-presidency. You can argue the policies of these Democrats all you want, but what you cannot do is include them in the ranks of the 1%.

So by the time of the 2008 election and after a sorry eight years of the reign of a foolish Bush, these “obvious truths”—such as that you give money to the rich and it’s gonna create prosperity—well, they were falling. They came out into the light and began being seen to be the lies that they are. Not all of them, of course. But some, at great cost to Americans during eight years and more of suffering, were swept like cobwebs from the minds of an awakening populace in America. The American Awakening began. 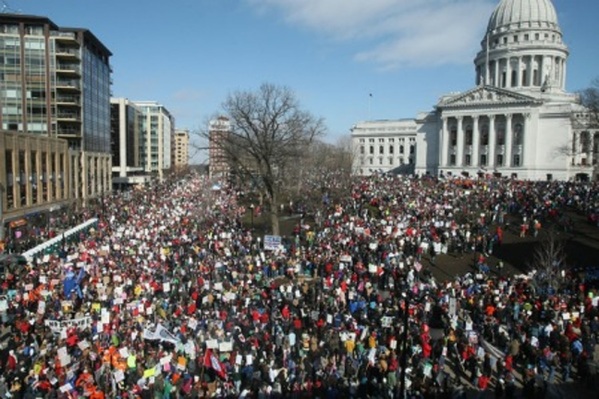 It began in reaction to an idiot “king” and on the shoulders of a new committed generation of Millennials. It swept the first African American ever into the office of the presidency of the United States.

Within three years, and knowing Obama’s election was not enough to throw off the vines of tyranny that had grown over America during a full fifty years of “obvious truths,” it caught the headwind of an Arab Spring and sailed into a Wisconsin union movement and an American Autumn. Between the Occupy Wall Street and Wisconsin uprisings, America saw the largest outpouring of revolutionary fervor since the Sixties. Not only did the throngs of demonstrators mirror, perhaps surpass, the numbers that rose up in the Sixties, but the movement this time was world-wide; the cause was the same, world-wide. A Global Awakening had begun. 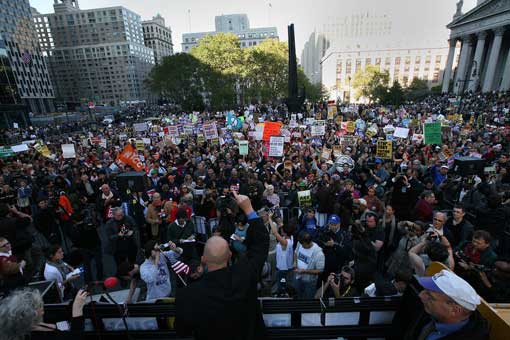 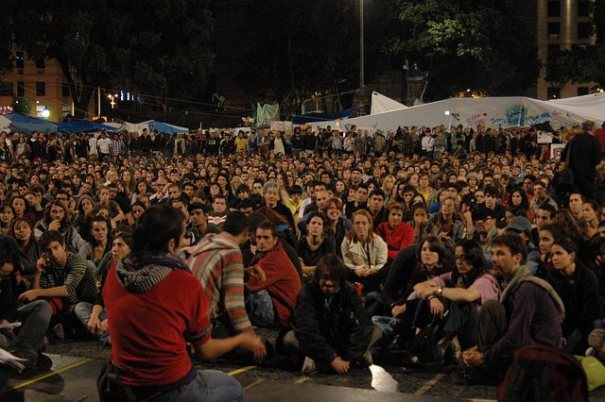 But the fields upon which we arose had been burned and the earth in which we tried to take root had been salted. There had been that massive transfer of wealth upward to the coffers of the already stinking-with-it since the Eighties, over the course of some thirty years. It had been going on full throttle since the Republican coup that put Bush into power in 2000, which, without blinking an eye, swallowed up the Budget Surplus that had tediously been built over the eight years of the Democrat, Clinton.

No, but all that money was just thrown at the rich people. These very important life and death issues were tossed aside as irrelevant in the game. The players were intent on winning and it was like nobody really cared anymore if anybody got hurt.

After all, once you start telling people that poor people deserve to be poor and that they are responsible for any misfortune that others heap on them…even if they get hurt or killed…you’ve opened the door for much more. It’s like “Oh, yea, it’s the gangs they’re in. They’re having gang wars, they can’t control themselves, they’re not like the rest of us, they’re always starting trouble, they can’t be helped, they’ll always be poor, the poor we always have with us….”

And once you start saying things like that you’re speaking their talk. You’re helping to keep the rich in control of you, because you’re helping them to cover up what they do. You’ve allowed them to distract you from their nefarious game to focus on some other group. You begin having it out for some easy scapegoat and begin to think of those unfortunates as not part of the “real” Americans. 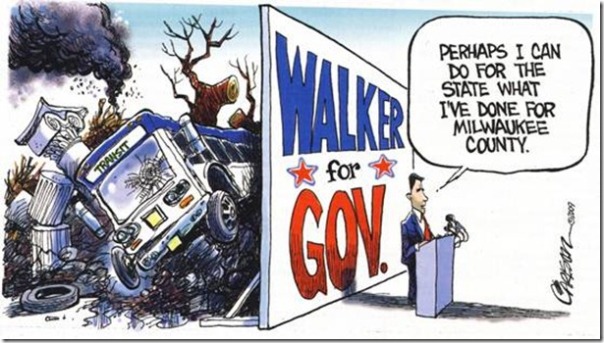 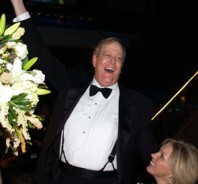 The wealthy have you thinking after a while about this scapegoated group the way they think of you. They do not think you are as human, as deserving of a nice life as them. They want you thinking that there is some group…Jews, blacks, hispanics, gays…who are responsible for your problems and are not as deserving, are not as American as you. So they create all kinds of lies so you’ve got someone to blame that is not them, that is not the actual perpetrators of these things.

So this is what is meant by the rise and fall of “obvious truths.” We see through their bombardment of inanities and lies, yet they have desperately stepped up their assault…as frightened actors can be expected to do.

This proves we are winning. Yet they increase their control of the dialogue in America with a virtual media monopoly, spinning their line, their narrative almost exclusively and leaving the internet the only unconquered land outside their broadcast hegemony.

And I can only hope that the truth will continue to come out, that it will really come out and continue to awaken people to their own interests instead of them working against themselves and each other. Obama is an intelligent person; he’s doing as good job as might be expected in the plundered land that’s been left him. And I hope it’s not forgotten what he is doing.

I saw what a good job Clinton did and I saw how that was covered up, how we were distracted to seeing only a scandal. Oh, yea, so he had sex. Our leader had sex, how horrible. So all of the people who died because of the Bushes and Reagan, all the suffering caused by rubbing people’s faces in the dirt of poverty are not to be mentioned. But Clinton had sex with some woman; that’s a cause for outrage. Wow.

But you hear that enough and you don’t have any real perspective any more. You cannot weigh the gravity of one wrong against the other, or in this case a supposed wrong against real ones.

But Americans are starting to know again what is really important. Pushing against the media tides, they are connecting outside of the public limelight. They are using the internet to exchange views. They are learning and taking action, gathering by the hundreds of thousands in rallies for change and to speak out against what is continuing to be imposed on them to benefit the well off. They are doing this despite being ignored by the media, the media continuing its policy of trying to make some realities to go away while blowing up the ridiculous and the insignificant into matters of great and pressing portent. 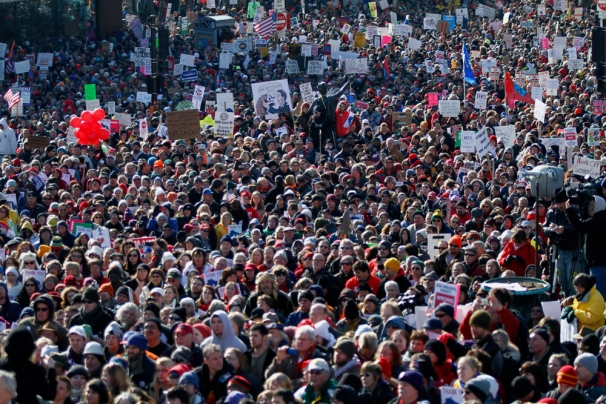 I just hope that we’re going to get back some jobs too…and some money …and be able someday to enjoy some of that prosperity I remember from the past. 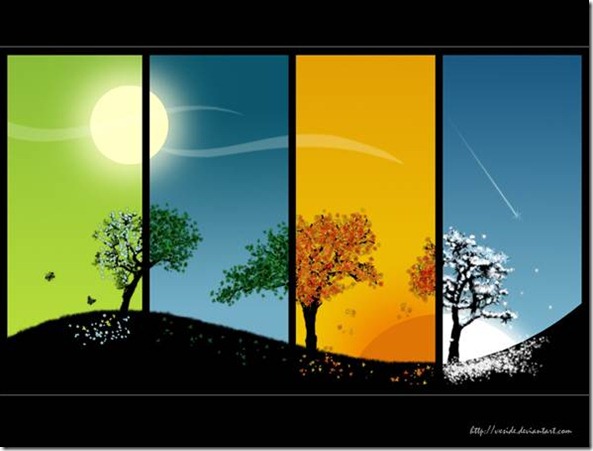 Continue with Dire Prediction: Before Voting for Romney, Remember, We Knew This Before. Will We Continue Shooting Ourselves in the Foot?

Return to Truth Will Out – Their Intentions Are No Less Than Those of the Nobles of Old: The Fall of “Obvious Truths,” Part One

“The Rise and Fall of ‘Obvious Truths’ Part 3”

Continue with Dire Prediction: Before Voting for Romney, Remember, We Knew This Before. Will We Continue Shooting Ourselves in the Foot?

Return to Truth Will Out – Their Intentions Are No Less Than Those of the Nobles of Old: The Fall of “Obvious Truths,” Part One

This entry was posted on July 25, 2012, 9:48 pm and is filed under activism, authenticity, being yourself, Class, Culture, economics, Generations, History, individualism, life, nonconform, occupywallstreet, Politics, psychology, spirituality, US. You can follow any responses to this entry through RSS 2.0. You can leave a response, or trackback from your own site.