Being Crazy in an Insane World Might Mean You’re the Sane One: Rebirthing Rituals, Part Three – Auspicious Collective Regressions

People Who Have It All Figured Out Are the Ones to Watch Out For … Emotional “Sickness” Might Indicate More “Wellness”: Rebirthing Rituals, Part 3

Regression in the Service of the Ego

With the exposure of the ineffectiveness of the Freudian tactic of intellectual understanding has come the Freudian movement’s disintegration into schools advocating various other strategies for change. 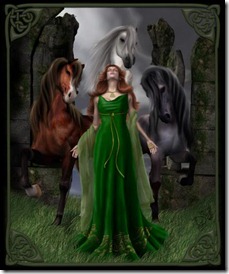 These schools/strategies include the psychiatric—the use of drugs; the neo-Freudians who acknowledge and use regression in the service of the ego

and abreaction; the humanistic-existential approaches, stressing the “experiential”; and the Jungians and neo-Jungians, who would seek the resolution of these cycles in their inner archetypal acting out, resulting in an eventual rootedness of the ego in a higher Self (a spiritual center) beyond or transcending the cycles. [Footnote 9]

Other approaches include the bulk of the spiritual, new-age, or transpersonal means that are flourishing these days. These alternative paths basically differ from all others in their belief that one can simply

bypass these perinatal pulls and pushes and go directly to the Light or the Self by dismissing the birth cycles, or the Darkness or Shadow, through affirming the Light, meditating the Darkness out or the Light in, changing one’s thoughts, creating one’s reality, and various combinations of these. 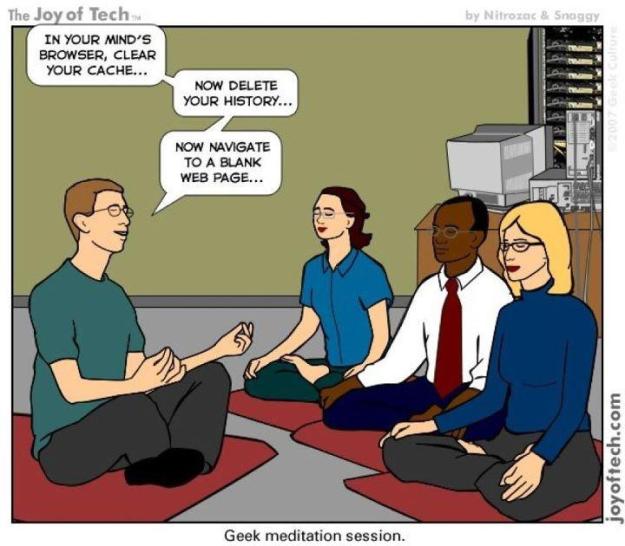 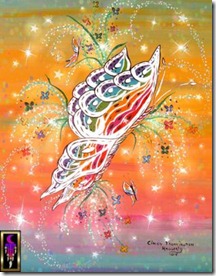 Finally, these newer schools and strategies for healing include those of what might be called experiential psychotherapy, which includes primal therapy, holotropic breathwork, some forms of (experiential) meditation (Vipassana meditation, for example), Reichian and 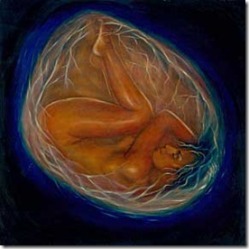 bioenergetic approaches, some forms of hypnotherapy—experiential ones—ones that involve reliving traumas—and virtually all the techniques, treatments, and correctives that are espoused in the field of pre- and perinatal psychology. 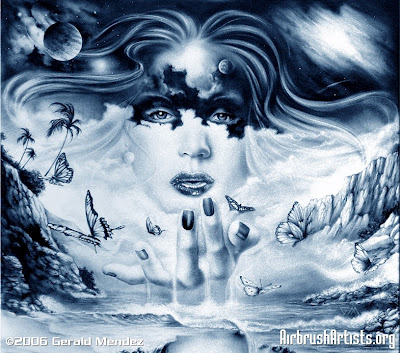 regression in the service of the ego—and from the perspective of the entire field of experiential psychotherapy, the answer to the cycles of violence, war, and death-rebirth is to stop the acting out, not

out of one’s inner fears and one’s Darkness/Shadow—but by reliving those cycles of violence at their origins…their primal roots. In the case of perinatal forces, those forces from “the dark side,” this is accomplished by reliving the violence of birth, a perinatal trauma that is thoroughly and masterfully delineated by Grof and deMause. [Footnote 10]

But from this perspective of experiential psychotherapy—one completely

congruent with and grateful of deMause’s contributions in psychohistory as well—regression, in Europe, or elsewhere, is not seen as something to decry, disclaim, be horrified of, or be seen as dangerous but is seen as an opportunity. Regression is certainly not seen as a form of defense but as the opposite of that. Regression is part of a process of diminishing one’s defenses against one’s internal reality of pain and trauma. 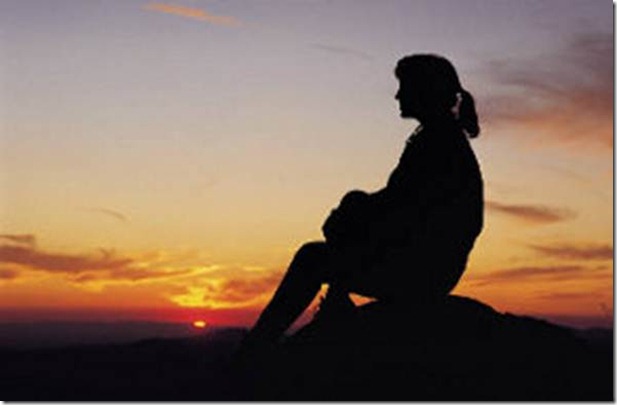 Thus, examples of blatant collective regression as in Europe—more so to the

extent they are relived, released, and integrated—are entirely auspicious for the eventual elimination of war as a collective device of acting out—defending against—the painful feelings coming from one’s personal history which one carries around, all unknowingly, and which pervade, in one way or another, in forms subtle and not so subtle, every moment of one’s consciousness in the present.

From this experiential psychotherapeutic perspective, we have a different feeling about developments like those that Mayr and Boelderl describe as collective regression in Europe and Lawson describes as occurring at rock concerts. [Footnote 11]

From a more enlightened viewpoint these cultural phenomena should have us, if not dancing in the streets, at least hopeful of a gradual decrease in the use of war and violence.

Why? It is because the youth who display this “regression” so blatantly were brought up by an “advanced” form of child-rearing than that of previous generations, that they have fewer defenses, fewer layers of obfuscation covering up their unconscious psychodynamics; consequently the regression is seen more clearly in their behavior. [Footnote 12]

Why is this important? DeMause points out that people do go to war, and that

prior to it their perinatal dynamics come to the fore, as evidenced by perinatal-laden words and images in the media and in leaders’ speeches used to describe the situation and its dynamics. Thus, our leaders take us into war, they act out their perinatal dynamics…and we in following them act out ours…in such gruesomely overt ways because these dynamics are so hidden, repressed, and overlaid with defenses that the conscious mind has absolutely no access to, and hence insight into, them as being part of one’s unconscious dynamics.

Consequently the conscious mind is completely able to convince itself that those dynamics are actual, real, and doubtless parts of the situation and therefore require an actual, real, and extreme response. The amount of resolve required to act out war can only be wrought of an unflinching belief in the rightness, the absolute correctness of one’s perspective of the situation and therefore of that extreme course of response. And that can only be brought about by a total dissociation from one’s perinatal traumas, and a complete and utter projection of it on the outside—the enemy, to be specific.

Blatant “Sickness” Related to Being Real

The contrary is also true: When there does not exist that total and complete dissociation of the perinatal trauma—when it is, as in Europe and rock concerts currently, closer to the surface, less defended against, less repressed and, hence, more blatant—it is more accessible to consciousness and less likely to be acted out in the extreme as in war. Instead it is more likely to be acted out in less extreme forms, such as jumping into mosh pits, carrying pacifiers, listening to baby tunes about the, very real, difficulties of being a baby, and so on.

Finally, it is more likely to be actually allowed to emerge in consciousness and be relived, and thereby “healed”…and gone beyond, to be replaced by something more benign and more socially constructive, and thus to be removed forever as a motivation to war or violence. This is the auspicious view of the developments described by Mayr and Boelderl. [Footnote 13] 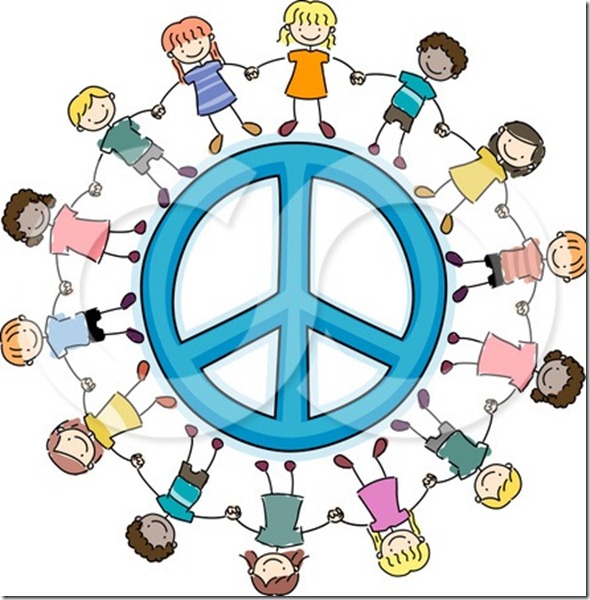 Janov was the first to point out that a permanent resolution of underlying trauma initially entailed an aggravation of symptoms and symbolic acting out. That is to say, the underlying dynamics become more blatant and apparent in behavior. [Footnote 14]

Janov was also the first to note that the acting-out and overt neurotic was closer to being “real,” and therefore really sane, than his or her highly functioning and “normal,” but repressed, rigidly defended, and unfeeling neighbor. [Footnote 15]

9. Regarding the “experiential,” I should make clear that this approach is, from the perspective of the experiential psychotherapeutic approach I will be describing shortly, actually the superficial symbolic acting out of these underlying and powerful cycles in a way that is only a little less impotent than the Freudians.

12. Mayr and Boelderl claim quite wrongly and quite strangely—as if to make the facts not conflict with DeMause’s psychogenic theory, or as if to cover up some hole in their analysis—that those caught up in the pacifier craze were raised under the intrusive and socializing parenting modes (op. cit., 1993, p. 145) and yet, in 1992, were between the ages of 15 and 30 (Ibid., p. 143). This is hard to understand because these youth would have been born between the years 1962 and 1977 in advanced Western countries of mostly Western Europe—Italy, Germany, Austria, all of Europe, and even the U.S. (Ibid.).

The conclusion from this is that these youth, described by Mayr and Boelderl, would have been greatly influenced by the helping mode. They would be expected, at least, to have received the most advanced methods of child-caring overall in the world at this time—considering DeMause’s theory—since they are the most recent progeny of the Western world!

Indeed, if these cannot be considered products of the helping mode, who can be? In order for Mayr and Boelderl to dispute this and claim they were exceptions to the rule and were raised under intrusive and socializing modes, they would have had to do a study demonstrating this, or at least cite one done. And this they do not do.

13. Michael D. Adzema, “Reunion With the Positive (Self), Part 1: The Other Half of ‘The Cure.’” Primal Renaissance: The Journal of Primal Psychology 1(2): 72-85. Reprinted on the Primal Spirit site.

Continue with The Most Evolved Parenting … Boomers and Millennials … and The Cyclical Nature of History: Rebirthing Rituals, Part Four – I Know It’s Hard to Believe But We’ve Been Getting Saner

Return to Railing Against the Darkness: The Vanity of Will, The Impotence of Reason, Progress Requires Regress, and Healing Is Nothing if Not Messy

This entry was posted on September 11, 2012, 12:13 pm and is filed under activism, authenticity, being yourself, Class, Culture, economics, globalrevolution, History, individualism, life, meaning, nonconform, occupywallstreet, philosophy, Politics, psychology, spirituality. You can follow any responses to this entry through RSS 2.0. You can leave a response, or trackback from your own site.