Wounded Healers, Heroes, and the Group Mind: The Universe Bears Up and Rewards with Renewed Life Those who Voluntarily Sacrifice Themselves for All

This is the second half of the Afterword of Apocalypse – No: Centaurs, Shamans, Sacrificial Lambs, and Scapegoats: Prospects on a Collective Pool of Pain. A description or synopsis of the entire chapter follows: 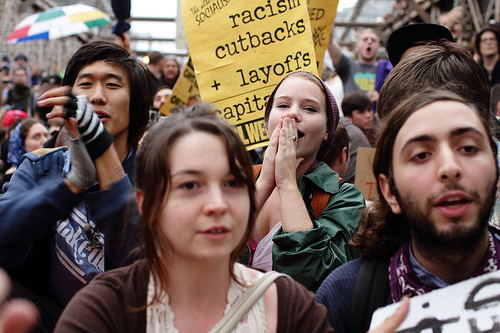 DESCRIPTION: The essence of Christianity is the idea that a person — Jesus

Christ, of course, in Christianity – can suffer and die for the “sins” of others, so that those persons won’t have to bear the burden of their sins. This article addresses that theme in a larger, multicultural, multi-ethnic, multi-religious context: Are there people who take on the the “sins” — or “Pain” — of others, who take on the karma— in an Eastern sense — or the mistakes and evil of others who are not able to handle the consequences of their actions?

Is the Divinity inherent in the Cosmos compassionately concerned enough to manifest or call forth individuals to take on the same kind of task that Christ, in a most extreme brutal form, demonstrated? This article is not about Christ but about that theme of extraordinary individuals with a divinely-inspired mission of

suffering for the sake of others who cannot “help” themselves in raising themselves above the consequences of their ill deeds. For are not people of all times and cultures children of the same Divinity, some would say “sparks” of that same Divinity, which others, including this author, have theorized is commensurate, i.e., equal, to all of Nature, including humanity — each and every one of us?

Assuming this, in this article the author discusses this phenomenon of people taking on, willingly and unwillingly, the pain and sins of their society — from the small tribe to that of all of humanity. And it puts forth the proposition that there is a collective “pool of pain.” In that ultimately the distinctions between people are illusory, that we are all One, all interconnected, then both the evil, as well as the good, of each of us is both the result of the collective actions of us all as well as being a part of the consciousness that we all share —more correctly the One Consciousness that each of us is. 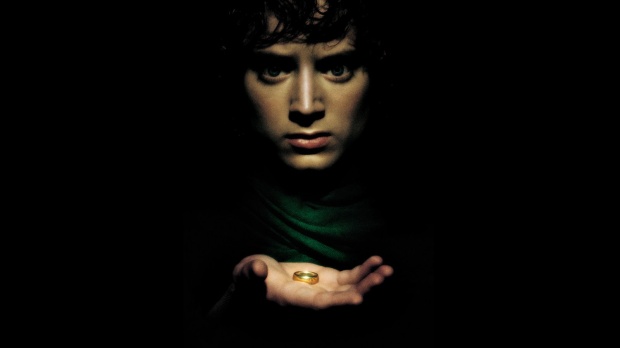 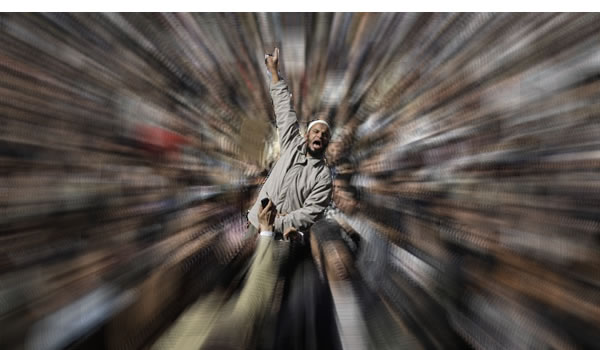 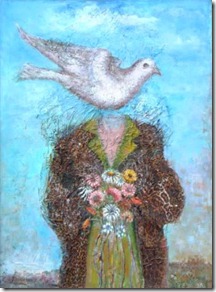 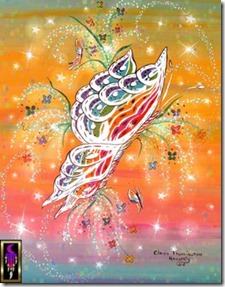 It is important to keep in mind that all of this idea of a group psyche is built upon a perspective, a paradigm, in which subjectivity is primary: Experience or Mind being the only reality. Such speculation as engaged in here is not even conceivable within the dominant materialistic paradigm. Nevertheless, these possibilities have long . . . far longer than this upstart of “objective materialism” has been around . . . have long been the common currency of our species, and have been so in the vast majority of human cultures that ever existed.

But, getting back to the subject, people having rape fantasies, both men and women, where apparently there has been no sexual abuse, is becoming ever more common. Is it that in some way when we are violated as children, psychologically and emotionally, 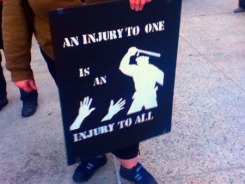 that it’s part of a gestalt or resonance—Stanislav Grof[1] would say a COEX system; Rupert Sheldrake[2] would say a morphogenetic field or morphic resonance—that includes actual physical violations from a collective pool of pain?

Also we should consider all the current stories of people being sexually abused; there seems to be an epidemic of people claiming to have been sexually molested as infants by their parents. No doubt much of this is true. The evidence is there to confirm it.

But is it also possible that people in processing their stuff, or coming close to their repressed feelings, are at times tapping into transpersonal resonances that are only similar in quality to the corresponding real-life trauma? This is a possibility we should consider; for I know it to be the only plausible one in my own case, in the case of the panelist mentioned at the outset , and in the cases of several others whom I know personally or whose cases have appeared in print.[3]

UFOs: Is That Gaia Calling?

Another item related to this pattern is the current UFO abduction experiences—the incidence of which is also increasing.[4] One interesting explanation for such experiences of being abducted and then examined, probed, and sampled—which corresponds to this collective pool of pain theory—is derived from the idea that in fact the Earth herself (Gaia) has consciousness and is therefore part of a collective consciousness to which we also belong. This idea of an earth hologram is propounded by Goddess theorists and by others as well. Joseph Chilton Pearce claims we have primary access to such an Earth hologram as children and lose it later through our normative indoctrination into society.

The brain as a hologram is representative of the Earth. So long as this is undifferentiated, the personality, or consciousness within that brain, receiving its perceptions from that brain, is literally an undifferentiated part of the hologram effect. It is part and parcel of the world system, which, because it radiates out from the child, places him at the center of thought, with the world a body extending from him. The clarification of the hologram (to use that model) is a period of breathless wonder and excitement for the child because he is discovering his larger self. . . . [5]

The primary process is the function through which we are conscious of the Earth as a thinking globe, the flow of life, the general field of awareness, and almost surely, even larger ecologies of thought. The primary process is also past, current, and potential possibility and experience. Other cultures have maintained a much greater openness to the primary process than Western culture has. . . . [6]

Nevertheless, the potential for access to this “primary process” always exists, since it is repressed but continues to exist in the unconscious.

With these things in mind, is it possible that UFO abductees may be inadvertently stumbling into primary Earth process and picking up on the

feelings of Earth herself as she is being poked, violated, measured, and having things inserted into her in this modern, high-tech, resource-exploiting era.

If so, one has to wonder whether some of the feelings of the Earth herself might not be being expressed or be trying to be integrated by her through these people. Is it possible that these people have become unwitting channels for Mother Earth’s pain—to help to express and integrate it—as she is systematically being defoliated, polluted, violated, and destroyed? 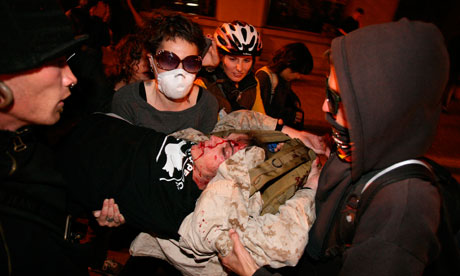 This may sound farfetched, but then, considering our actions in the face of global disaster . . . well, so are the times! Furthermore, I helped facilitate at least one inner journeyer whose experience was exactly this. Her interpretation of the powerful experience my

pain and distress of all women throughout history and then Mother Earth herself. What gave extra credibility to her experience for me was that I observed what looked like her experiencing the pain of women in birth. Yet, like the rape reliving that was not of this life, this woman had never given birth herself … not in this life, anyway. 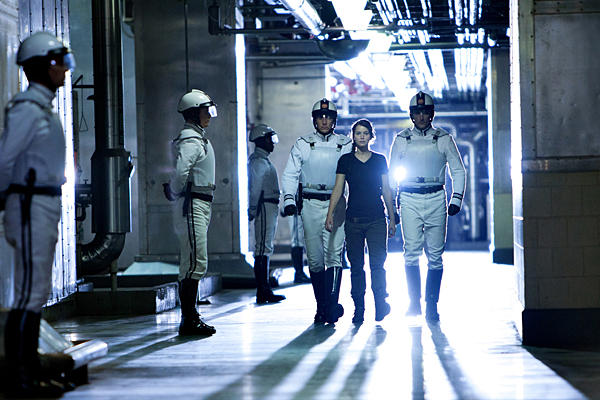 Volcano-Jumping for Bliss and Profit

Anyway, I offer these speculations in the hope of stimulating renewed appreciation of the roles as journeyers and shamans — as they have reemerged in their modern form in the deep experiential growth modalities such as Holotropic Breathwork and Primal Therapy, both of which I have substantial experience with.

It may just be that what we do on our

“inner” forays into consciousness has significance in the “outer” world — in these incredibly delicate and precipitous times—far beyond what we normally think. Indeed we may be volunteering for an ancient role, and in these days, perhaps, a very much needed one. Like Joe in the Tom Hanks movie, “Joe Versus the Volcano,”

we may find ourselves

“jumping into the volcano to save the community.” But also like Joe, and my experience attests to this, I believe we will find that the Universe provides, not death, but rather bears up and rewards with renewed life those who voluntarily sacrifice themselves this way. 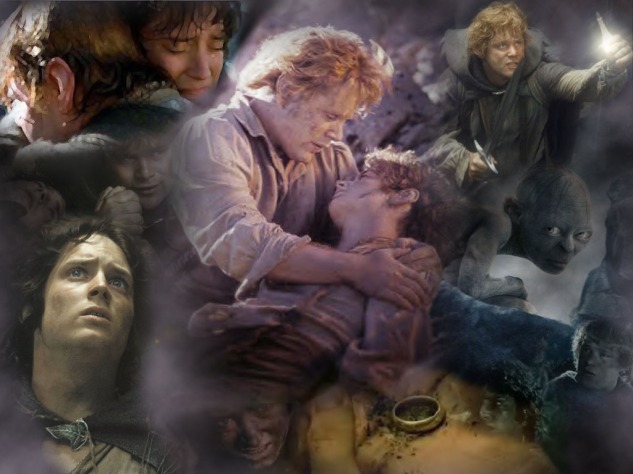 Continue with For Earth’s Sake, Get Real Already: “Sure It’s Hard! But Always Are We Here Helping You,” Part One

Return to Why We Scapegoat … Why We Insist on Saviors: Reflections on a Collective Shadow and Of Sacrifices—Human, Animal, and Cucumber

This entry was posted on October 27, 2012, 3:44 am and is filed under activism, allegory, authenticity, being yourself, Class, Comedy, Culture, economics, globalrevolution, History, individualism, life, meaning, nonconform, occupywallstreet, philosophy, Politics, psychology, spirituality. You can follow any responses to this entry through RSS 2.0. You can leave a response, or trackback from your own site.