There Are Good Reasons Why Our Financial and Environmental Fortunes Careen Wildly About: Dumbness Rises to the Top 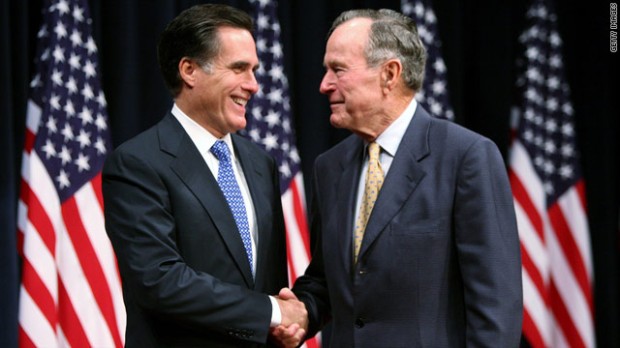 Blinded by Their Greed, They Overlook the Obvious: Why Our National Misfortunes Are Greeted with Such Surprise by Authorities and Pundits 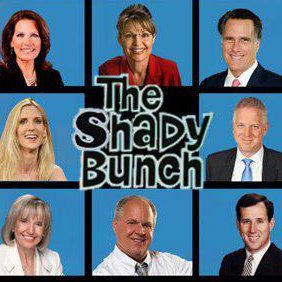 What I’ve been trying to say here is, there are perspectives that are relevant and are never heard. And I’m talking about perspectives that are right outside the doors of power ready to talk and be heard; often having been perspectives that had been embraced not long ago, but suddenly, not having any credibility at all…so that our democracy of many voices—now with the filthy rich and their Republican lackeys and their paid-for media in collusion to mine only one avenue of discourse—begins to echo the Soviet Union of old with its one voice, Pravda.

I believe our friend speaks eloquently about some of those far greater horrors, and indicates they are there right now on our doorstep. We had a surplus and a will to tackle them a decade ago. Sadly we have wasted the last ten years reversing those environmental policies whose intent it was to help. And we have reversed our financial situation, which could have helped. In addition, we have reversed the restrictions on corporations and other policies that would have helped and at least slowed down this ominous impending doom. 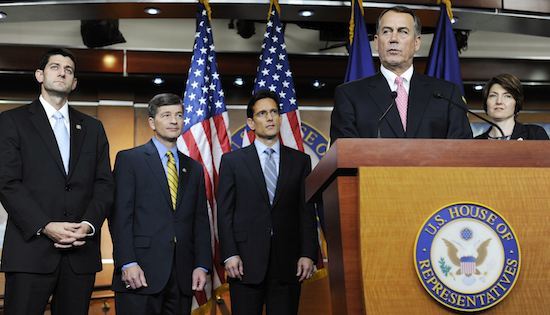 So we are a decade further along in environmental collapse, and it is has increased its acceleration toward us. Meanwhile we have slashed away at our financial and other resources for dealing with it and chopped back the time in which to work. The way I phrased it a decade ago.

So is this election important? I believe it is. For me it is especially important, for I feel that if the Republicans take over, they will do so much to damage to the dreams of my generation that even if the Democrats were to be reelected to all branches of government in 4 or 8 years, they will do so much damage 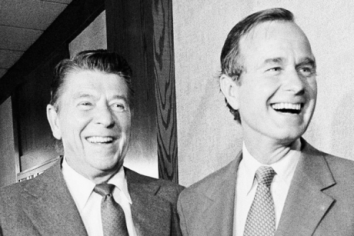 (the example of Reagan-Bush nearly QUADRUPLING the National Debt in their mere 12 years being the perfect example) that My Generation will have to clean up their mess afterwards, taking more years. And only then will we be in a position to progress in this country and world and bring it more in line with the ideals of peace, love, community, and harmony we envisioned in the Sixties.

So what I mean is that if we fail in the next 80 days, I can envision no more time of real hope again, for this country or the world, until I am in my Sixties, Seventies, or older. And then, even then, there will be no real hope. For as it is said of the poor, these forces of regression, Cowboy shoot-ourselves-in-the-foot, cynicism, and – let us call it what it really is: evil – will always be with us. 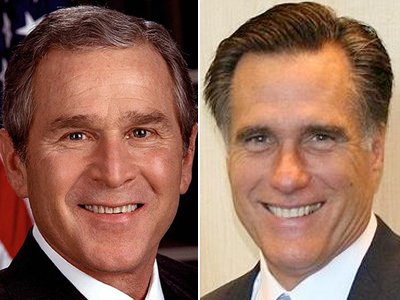 Dumbness Rises to the Top 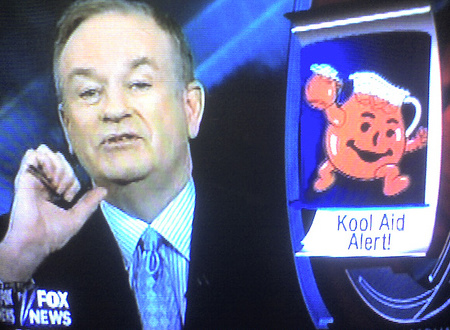 And sure enough, as we all know…and what these people could not even imagine, as that trader put it, well, it is happening. One wonders what these buffoons who could not foresee such things will do in terms of fixing them; having acknowledged their extreme lack of foresight (and we’ve added, their extreme inability to look anywhere farther than their tight knit group of true believers for answers.) This should be something to see.

As for Wall Street and the economy, let’s take another look at how the media has dealt with other perspectives to flesh out my claims above of these perspectives not being far off.

On CNBC/, a couple of years before the economic downturn, they used to have as a commentator, Robert Reich, who was President

Clinton’s Secretary of the Treasury and the mastermind of the great economic turnaround of the Nineties.

But he was talked over, laughed at, and was routinely talked to as if he was a child or suffered sadly from some kind of bleeding heart brain cloud. Well, as his words began to be the ones that should have been listened to, he was no longer to be seen on CNBC. And then afterward we have such a comment like, “Well, nobody could have seen it coming.”

Well how could they, if they were no longer put on the show? 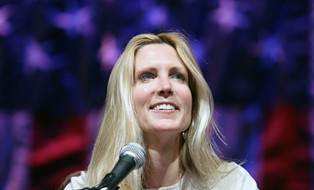 No, apparently there was such an insular crowd on Wall Street, the White House, and, most unfortunate, among the very media whose job it was neither to make news as prognosticators or economic experts, nor was it to be part of a partisan “anti-plunge patrol.”

Their lack of even-handedness and their alliance with particular theories created just the kind of apparent reality that the trader bemoaned. No, it wasn’t that nobody was seeing it coming–as you see below, I was seeing it as inevitable from the shared experience of a mere decade or so ago. And I mention one figure who was silenced. So to the mystified trader who knew no one who saw anything but, as one particularly wrong-headed man phrased it, “a goldilocks economy.”

So, blinded by their greed, they missed what the people I knew were all seeing—danger ahead, and the unsustainability of a rally that had risen on so much manipulation, misinformation,

and constant drum blows of obviously wrong economic talking points hammered over and over across our airwaves and drowning out every sound of warning or opposition, so that surprise

and misinformation informed the trading decisions of the great bull traders.

So many people were hurt by this partisan power play. But that was the way of just about everything during those 8 years of, as one recent writer dubbed it, dictatorship. 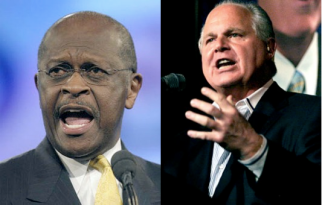 If you’re still reading, you will see I have reasons for pointing these things out, providing this background, for it is this context of a kind of dumbness rising to the top which, even now, makes for the strangest of comments on TV talk shows, and the most asinine and foot-shooting policies and stances of the remaining Republicans.

Continue with Media Feel-Good Talk Does Not Equal Reality … and Why We’re Helpless to Prevent the Future Fukushimas and Killer Hurricanes.

This entry was posted on October 28, 2012, 2:58 am and is filed under activism, authenticity, Class, Culture, economics, Generations, globalrevolution, History, individualism, life, nonconform, occupywallstreet, Politics, psychology, spirituality, US. You can follow any responses to this entry through RSS 2.0. You can leave a response, or trackback from your own site.