We Are One at Our Source … Explaining Shared Experience and Overlapping Identities: Transpersonal Perspective, Part Four — How “Within” Can Also Be “Outside”

“Within” Is Direct Experience, “Without” Is Indirect Experience: Ultimate Reality—World Soul, Atman, the Void—Is the Same for All and Is Discovered “Within”

How “Within” Can Also Be “Outside”

Despite the time-honored traditions and the revered societies and cultures that have maintained the preceding worldview, Westerner’s find it hard to consider such perspectives without getting trapped in the boxes of solipsism, narcissism, “navel-gazing.” This last—”navel-gazing” —points to the problem Westerners have in that, with their materialistic bias causing them to equate the self with the body, they cannot imagine a Divine Within or a God as Self or Experience without picturing it actually inside that body, and hence separated from the world outside! Then to take the further step of calling the physical world “illusory” has them imagining that world disappearing, leaving only one’s body, suspended in a vast and empty space. Not very appealing. Not very logical or intelligent either, but entire paradigms and philosophies are based on such cognitive prejudices and cultural constructions of thought. 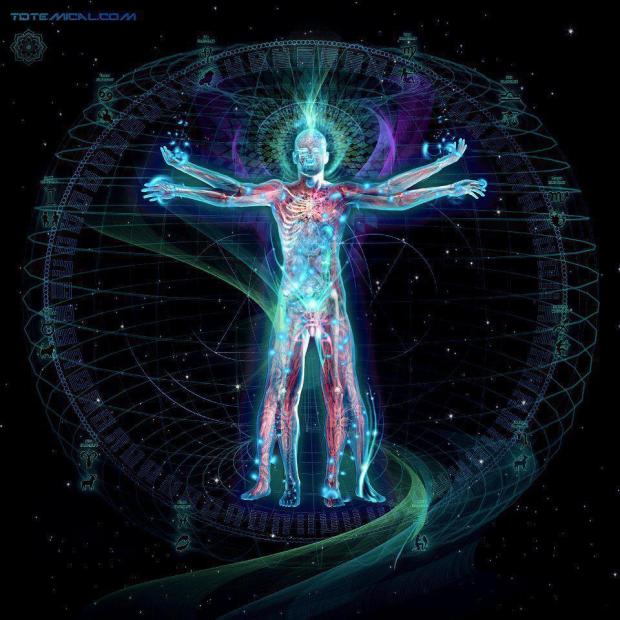 Nevertheless, living in the Western world as we do, the question must be addressed: Is this Experience solipsistic? What is its ontological status? By way of answering and to reiterate, the Common-Sense Realism that is taken as the basis for scientific claims about the material basis of reality is itself overturned by science. Hence on what basis is such a transpersonal reality to be founded as I’ve described? What is the ontological status of this model of radical subjectivity and how can it fit with and make sense of the elements of our experiential worlds? Jung attempted to answer these questions with his metaphysic, yet he has been criticized on both flanks, by scientists and religionists.

Hence that leaves the psyche or subjectivity of the perceiver with a higher ontological status.

Yet from religious circles Jung’s metaphysic has been criticized as being “merely psychological.” It is said he has destroyed the old gods. Yet one could only think of psychological as in any sense “merely” only if one attributes a higher ontological status to matter than to psyche. Thus, that so-called religious people would criticize in this manner displays in them an inherent materialistic, not spiritual, worldview. 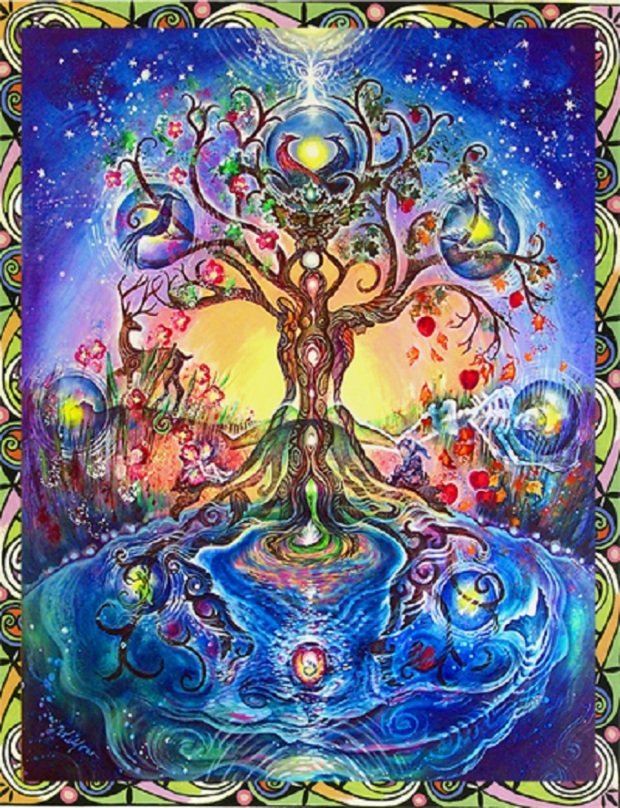 At any rate, Jung has not destroyed the old gods, science did that, physics and astronomy did that. What Jung has done is to give such gods and spiritual realities back to us, although on a more enlightened level.

The old gods were always “merely psychological,” but the “merely” part of it can only exist if one underestimates the psyche. And this usually happens when one overestimates the outside world. And here I think Jung sees remarkably well.

He warns against the mistake of forgetting that the outside world is experienced as a function of the psyche, that one’s perceptions are dependent upon the psyche. So what could be more fundamental than the psyche? It is the only thing that one can ever really know to exist!

If the external world were to exist as it is perceived (the theory of Common-Sense Realism), then one would need to assume that the psyche, or the brain, or the perceptions, whichever you wish, is perfect, is capable of sensing exactly what is out there. But then this is ridiculous, and even the relatively limited means of modern “scientific” psychology has shown that different individuals perceive different things according to their mental set, attitude, and so on. 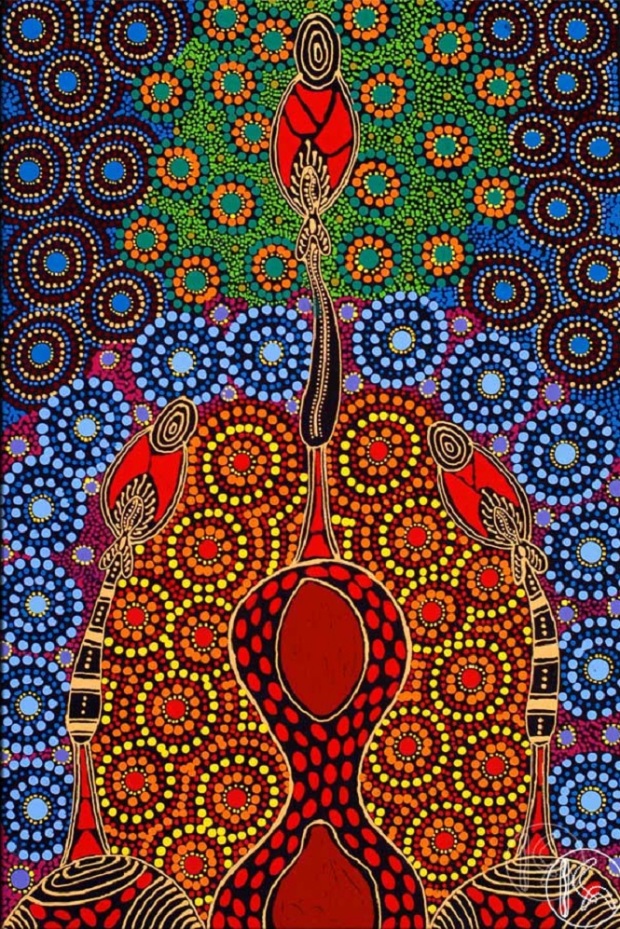 The point is that all is ultimately dependent upon the psyche. So what kind of facts could possibly be ultimately more valuable than psychic facts? We perceive and experience the world within and the world without, the one directly and the other indirectly. We interpret these experiences and call it reason; there is no rational mind if there has been no experience. Therefore, experience is fundamental and what is experience but that which is the psyche, or, in a sense, produced by the psyche. No psyche, no experience, no perception, no outside world. In this light it seems that in relating religious life to the psyche, Jung is closer to building a foundation for it than reducing it to nonsense.

To me, it seems that the reason people shy away from the idea that ultimate reality is within is that it seems then so limited. It seems that when a person encounters the concept of a reality within there is a tendency to picture in some way a small world within one’s physical body, or at least to imagine that it would be limited to within one’s ego. And since one externally views one’s body as being a certain size and shape, and, most importantly, separated from everything in the whole world that is not oneself, one gets the feeling that if there is something, some kind of reality within, that it is likewise separated from all else and hence becomes of little value; thus the term “merely psychological.” Yet, to me, this concept is not necessary and may be replaced by a new one.

Allow me to propose an image which, although it makes no claims for ultimate truth, expands the mind sufficiently to be able to imagine a situation in which “within” may also be inclusive. Eastern mystics and psychedelic researchers have frequently used terms such as “planes of existence,” “planes of reality,” or “levels of experience” in attempting to describe their journey within. The implication is that there are other states of consciousness or of experience at which the body and physical reality are no longer experienced as subject-object, in other words, that one somehow has access to the Universe and is no longer separated from it.

However, for the externally-oriented Western person, as mentioned, it is hard to imagine how within could also include the without. Mandalas have often been used by the mystics to illustrate this situation where descending into one’s self is also a release into a greater reality, and mine will be on that order. Imagine the earth as a hollow globe with a cloth material covering the surface. Imagine the center of the globe as the source of all; and from this source extends roots in all directions, supply lines which proceed to diverse points on the surface. At the surface are figures which have emerged from the center and have protruded with layers of cloth enveloping their self, somewhat like Halloween sheet ghosts. And the sheet acts to filter reality, so that a limited perception is possible. (Somewhat far-fetched, I admit, but it serves to illustrate the point.)

Domains or “Levels” of Experience 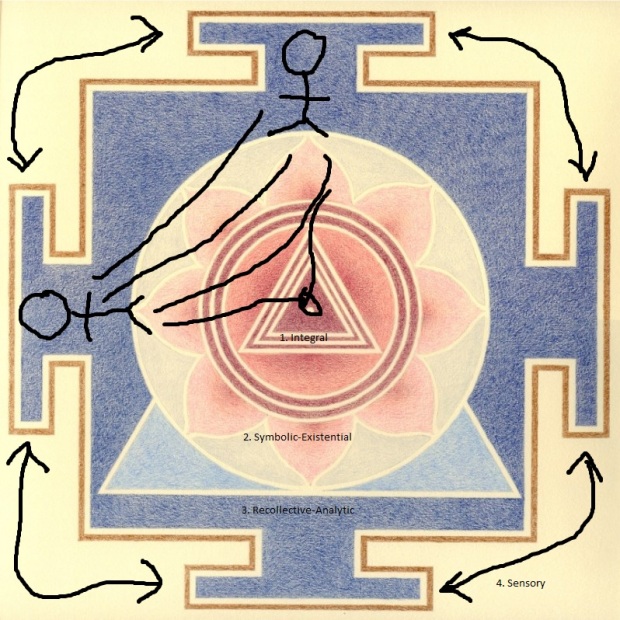 As you can see from the diagram, an obscure perception is possible of the relative reality of the external world including the other people in it.

Thus, it is possible to imagine humans as having their roots in a Source which is likewise the same for all. This cosmological mandala resembles the Sri Yantra in meaning when it is said of it that from the center emanate forces which are manifest on the surface as physical reality, maya, or illusion; so that what we see are the diverse surface manifestations of one Source or one Ultimate Reality.

Conceptual reality forms our external world and is necessarily relative and idiosyncratic. Yet the reality within is ultimate reality and is the same for all. It has been called World Soul, Mind-at-Large, Atman, and the Void. In this light, for example, one will not make the assertion that psychic phenomena if it arises from the psyche is therefore not valid or real or true. If one conceptualizes as I have described, one may think that if a person has “died” and gone back to the Source, it is possible for that person to visit a relative in a dream and rise from the depths of that person’s unconscious (being therefore a psychological reality, “merely”), because in the framework I have mentioned we would all be connected at the Source, at the center.

And one could easily understand how it would be possible for a man like Edgar Cayce to know things that others know or have known, having access to the roots of all through the Unconscious. In other words there may be an intuitive link between us all. And of course the Common Intersubjectivity I’ve described earlier—with shared experience and overlapping identities—is clearly understandable in this model.

The point of all this is that it is possible to imagine a metaphysical framework … and one only has to look to the East to see that it’s been done … in which “merely psychological” realities can be both ultimate and inclusive.

Continue with From Transpersonal Reality to the Fall From Grace: “Development” Is Actually a Reduction of Awareness Through Painful Experiences, Which “Civilized” Cultures Rationalize as Being “Good”

Return to I Am You, and You Are Me, and We Are We, and We Are All Together: The Radical Rational View of Us and It and the Basis of the Belief of Non-Separation

This entry was posted on July 11, 2013, 12:08 am and is filed under activism, authenticity, being yourself, Culture, meaning, philosophy, psychology, spirituality. You can follow any responses to this entry through RSS 2.0. You can leave a response, or trackback from your own site.