“our strong men and patriarchs would concoct the idea that our Small Accumulators, women, and children would be utterly lost without their telling them what to do”: *Fourteenth Descent — Misogyny*

Fourteenth Descent — Misogyny* … Since men were being controlled by higher ups outside the family, they began taking that model of authoritarian control into the family, as well. This was first applied to children, but at this point it began being directed at women. Wives were required to submit to their mates in a manner similar to the way men were being required to submit outside the family. This soothed men’s humiliation born of submission to other men by having it balanced in the family with being able to experience domination of women, particularly wives. Again, we have Ego stepping in to keep our pain repressed, regardless who around us it might hurt.

The root of all our problems is our obsession to control and its resulting domination of everything around us. For humans, Ego became the prime motivation in life, towering over everything else and any other impulse.

Nature did just fine for billions of years before us, but we began the rationalization — continuing right up to today — that it now needed us to manage it … to have dominion over it … for it was essentially just a soulless machine. People lived and loved and enjoyed life for millions of years, but our strong men and patriarchs would concoct the idea that our Small Accumulators, women, and children would be utterly lost without their telling them what to do. For — as men told themselves — these underlings were less “divine” and were closer to that dreaded and scapegoated “animal” state — defined as that which is “out of control” and “wild.”

— this is an excerpt from *Psychology of Apocalypse: Ecopsychology, Activism, and the Prenatal Roots of Humanicide*  (2018) by Michael Adzema.

The topic of the descents of man is central to the book  *Prodigal Human: The Descents of Man* (2016) by Michael Adzema, and its ideas were first brought laid out in Adzema’s work, *Planetmates: The Great Reveal* (2014). 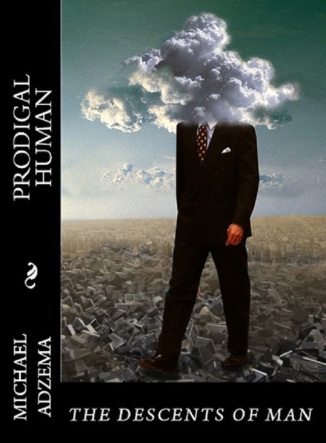 This entry was posted on February 20, 2019, 3:23 am and is filed under History. You can follow any responses to this entry through RSS 2.0. You can leave a response, or trackback from your own site.