Wounded Deer and Centaurs – Being “Weller,” But Appearing Sicker – Perinatal Awareness of Boomers and Beyond: Healing Crisis, Part 2

Getting Sick to Be Well, Part Two: Perinatal Boomers and Beyond—We Know THAT We Don’t Know…We Could Be Wrong.… But You Certainly Are

Being “Weller,” But Appearing Sicker—Generations Since

As I said, contrasted with being completely split off — dissociated — from one’s perinatal unconscious, as the Fifties and WWII Generation are predominantly, is being less cut off from it and having 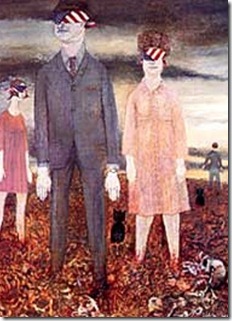 some access to its energies. This means that rather than being totally and blindly driven by these forces, which are acting on one indirectly,

one actually feels them somewhat: One has a sense of their being a part of one’s experience as opposed to living within them so thoroughly that one has not a clue of their existence.

This means that one has more options than to act them out, but it also means they make one aware of one’s perinatal sickness. One feels them, suffers from them, struggles with them.

On the other hand, one does not suffer or struggle from unconscious energies that one is compliant with and that are completely manifest and supported in one’s social and cultural environments (for example, the worlds of the WWII and previous generations), however destructive that makes one’s actions. 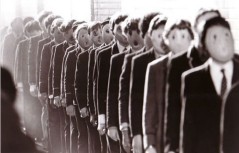 This difference may be likened to the difference between being a fish in water and totally oblivious to that fact versus living out of water and experiencing a downpour. When one is in less of a trance state, one is aware of alternative ways of being; in the example, that would be being dry. Consequently, one suffers and struggles amidst these forces and options…and one has at least some ability to choose one’s actions. 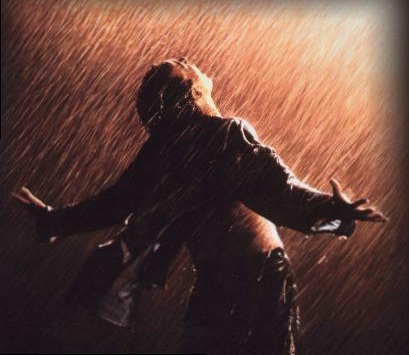 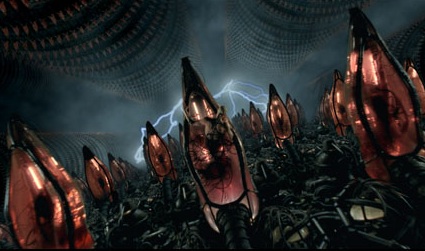 It seems everything about evolution in humans has something to do with being between two mediums and the advance/the added perspective that comes with that, 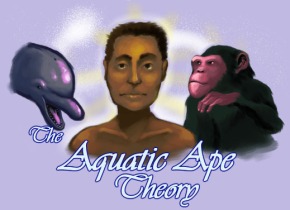 going all the way back to being the only ape to take to the water so much as to become partly aquatic—placing our species between water and land, halfway between a dolphin and a chimpanzee. I think we are heading toward being like the fairies and angels we imagine—halfway between land and air—but that is a whole other post. 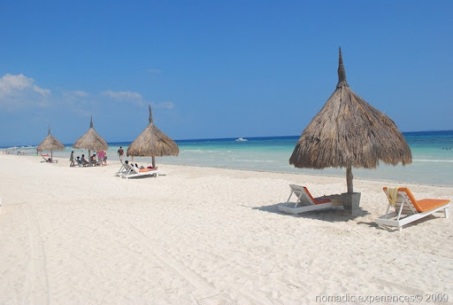 between living full-time in an arctic environment where one has to wear a heavy coat versus living in a milder climate. In the warmer climes, one is both aware of what it is like to not have a coat—one has capacity to feel better ways of being—as well as how bulky, obstructing, and uncomfortable it is to have the coat on—suffering

more from it, suffering from one’s perinatal memories. Finally one is better able to decide when to have it on and not—one has more options. 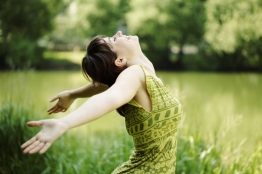 At some point I will discuss what this has to do with the increase of bipolar disorders, but not now.

One analogy I find especially provocative is the difference between watching a movie and being fully engrossed in it so that one does not know it is a movie, which is equivalent to acting out unconsciously from one’s early imprints. Compare this to watching the same movie with equal interest, but being aware that one is in a theater. You can see where in the second instance one would feel there are more options; and one would feel that one could step back before finding oneself caught up in horrific actions. 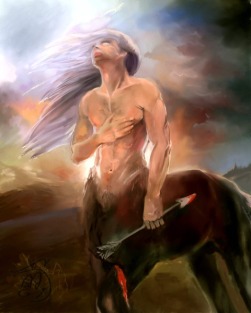 However, being aware of one’s discomfort (having “more access” to the perinatal), one suffers like the wounded deer—the innocent who feels things and so struggles with society’s sickness that many others are unconsciously perpetrating. But, with time and success in handling this pain, one can become the wounded healer—the Centaur. 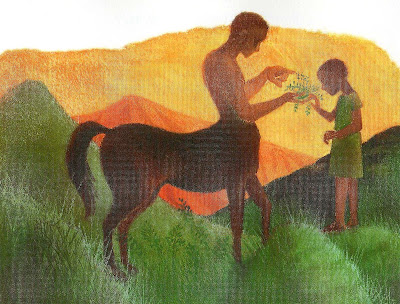 Now, why and how would this occur? As I’ve said, some access to the perinatal and more blatant and direct acting it out is exhibited by many of the baby-boomer generation. This is in large part due to their having been raised in a way that required less in the way of ego defenses to keep their primal pain suppressed. Psychohistorians like Glen Davis and Lloyd deMause have detailed a slow advance of child-caring techniques, with generations since the WWII Generation being raised with more attention to their needs and less harshness and cruelty…increasingly more love.

“What the World Needs Now, Is…”

Before anyone begins thinking “permissive” or “spare the rod, spoil the child,” let me point out that I will be continually stressing how this development is not only a good thing (why wouldn’t love be good?) 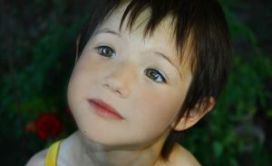 but is one of the few sources of hope for our future we really do have.

For less childhood pain and trauma means one is stronger and more able to face the even deeper perinatal pain. 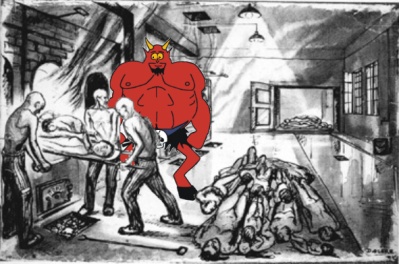 At any rate, the extreme acting-out and total dissociation from the perinatal exhibited by the World-War-Two Generation was followed, in the generations coming after, by less relative dissociation and less horrific forms of acting it out. Quite simply, generations as a whole had better ability to refrain from the more blatantly evil act outs—wholesale murders and world wars, pogroms and genocide, 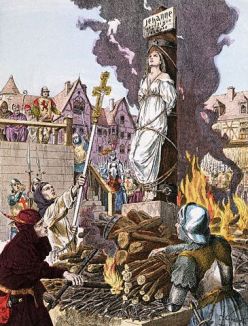 inquisitions and witch-burning, racism and slavery. They were more able to choose seemingly milder forms of suffering and self-destruction — polluting the atmosphere, water, and food; population explosions and crowding of cities; and traffic jams.

The common everyday traffic jam is especially instructive of perinatal dynamics as traffic congestions replicate asphalt birth tunnels where one not only breathes exhaust fumes from trucks and other autos—fetal malnutrition—but also can become gridlock at any moment, thus re-creating the intense frustration and no-exit hopelessness, and rage, of BPM II. 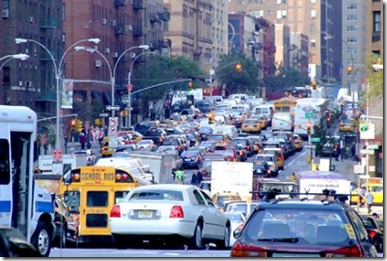 Other examples of the scenery of modern times where the perinatal is manifesting but is less projected onto another:

We Know THAT We Don’t Know…We Could Be Wrong.

Many baby-boomers had enough access to their perinatal underbellies to question the absolute rightness of the Vietnam War and so they campaigned against it. This is indicative of closeness to the perinatal because it shows an ability to doubt one’s egocentric defenses—as given by society and family of origin—and to look at situations from the eyes of the Other. 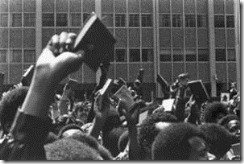 to see the Vietnam War through the eyes of the enemy—exemplified by Jane Fonda’s trip to Hanoi, the waving of North Vietnamese flags at demonstrations, and the carrying of little red books of the sayings of Chairman Mao tse Tung. 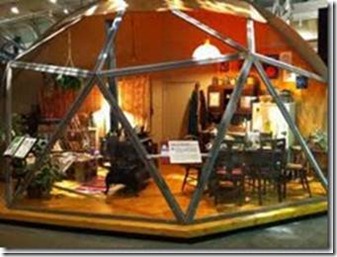 The baby-boomer—or Sixties—generation also indicate their closeness to their perinatal in their campaigns against some of the act-outs of the perinatal mentioned above: These include actions against pollution; a rejection of city life, with its gridlocks, pollution, and crowding , and a return to the country, in communes or otherwise; an awareness and rejection of polluted foods and creation of a natural and organic foods movement; and actions against global overpopulation including support for birth control, a pro-choice stance on abortion, and delaying of baby-making on their own parts along with a reduction in the size of their families.

The sexual excess that is characteristic of the perinatal, specifically BPM III, was evident in boomers’ free love and promiscuous sexual behavior.

Many more examples could be given. But the proof of their closeness to their unconscious dynamics lies not only in their actions—as mentioned above, in their more blatant acting them out or in their actual actions against the blatant acting out, both of which indicate closer access—but also

in the study of their unconscious dynamics.

As mentioned in Chapter Nine, Kenneth Keniston found in his study of the psychodynamics of the Sixties generation when they were in their youth an unusual amount of perinatal symbolism and self-analysis. (See “Raging to Reenter, Digging Under Ground.”)

We also see perinatal feelings in the focus of the baby-boomers on empowerment. This word appears to come up in every area of their lives. It can be seen as the natural focus of a generation that feels itself inside to be a helpless fetus facing an overpowering obstruction of a womb.

Hence baby-boomers are of course also closer to the frustration, rebellion, and yes, rage, that is part of the perinatal complex. We saw it exhibited by them in their anger at authority in the Sixties, their rebellion against the Vietnam War. 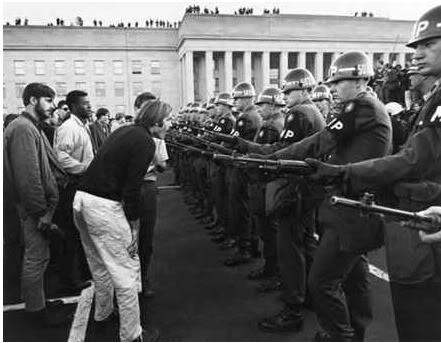 Keep in mind that a huge aspect of the perinatal is feelings of restriction, thus frustration, and, consequently rage against large entities of obstruction—like the womb was in relation to the small and helpless fetus. In doing so, we see that the reason for their rage is simple and understandable.

Baby-boomers, characterized as being closer to their unconscious, especially the perinatal, have more access to their anger: This means they feel their anger and are less likely to act it out in more hidden, disguised, and dire ways such as war-making, racism, and anti-Semitism. 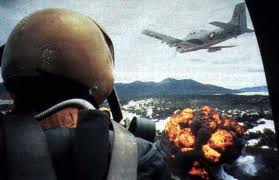 This does not mean their rage would not be troublesome. The perinatal lets no one get off scot free. We see lots of pre- and perinatal anger coming out in the last few decades in the phenomenon of the “angry electorate.” Let’s look at that next. 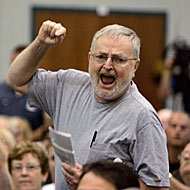 Continue with You Didn’t Really Believe Elections Had Anything to Do With Issues, Did You? Biting the Feeding Hand … Perinatal Rage and Panicky Electorate: Healing Crisis, Part 3