Why Not Create a Story Together That Would Thrill God Herself? 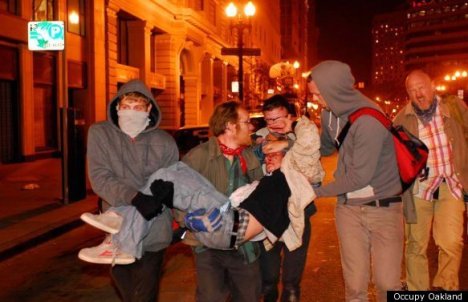 So, if you feel like I do. If you would rather write, together with eight billion others, a story that will thrill God Herself, won’t we be thrilled and never forget: How we took the best they had. They misinformed, spent untold huge amounts on those whose souls could be bought. And many there were, to deny, to repress, even when the rest of the world was waking up and looking to us for leadership.

And America did not merely back off and, inexplicably, turn to throw back at the world a big ol’ middle finger salute, grimacing, then turn and walk away. America, the wealthiest country in the world at that time (well at least its rich elite made it so, for its standard of living was getting lower by the year since the institution of the new slogan of democracy which was redefined in the early 1980s as, “of the people, by the people, to benefit the rich.”), left the rest of the world to suffer and meet and discuss.

And all the time the world knew that they were like employees having a meeting without the boss showing up…. Nope, more like they were like the citizens who lived in a beautiful lake area, which had once been a pristine lake. But now the lake was dead, there were no fish living, lots of gooey seaweed though.

And sure they all contributed something to polluting that lake they did. But what was going to be done having meetings that had no representatives of the

lumber milling company that sat on a good stretch of lakeside frontage and mindlessly had been spewing the most god-awful chemicals in the lake? It was going to be sickening the citizens soon. But this lumber operation also confused any deliberations that might have been fruitful by its habit of tossing around such huge gobs of money at selected groups of citizens. So that’s us, the fat bastards.

I put whatever energy I can towards educating people about the dangers leading to apocalypse. I am trying to help folks to understand they are not really believing apocalypse because it is too huge to comprehend. I try to get people to see that though they do not want to entertain the thought of apocalypse, it is real. Apocalypse is as real as your child suddenly lurching out of your hand to rush into the street just as a car is speeding there and getting killed. [Footnote 1]

I am hardly the only one saying this. For, there are lots of people now, more than ever before, who are fed up of being coddled from the truth and manipulated by lies and misinformation. Having been water boarded so many gallons of lies over Bush’s eight years, they are showing the starvation they’ve been feeling for truth. Folks are painfully jonesing for something authentic in a number of ways.

Most spectacularly, Americans showed their craving for authenticity in the overwhelming 2008 turnout for Obama. At the time, Obama, over everyone else, was someone radiating realism, accountability, and authenticity.

More recently we see this desperation pushing people to the Tea Party. Though sadly lacking in facts, fed misinformation by moneyed groups, manipulated, and directed to action by forces arrayed against their interests, Tea Party folks are newly birthed into politics following a burning knowing that something is terribly wrong and that they are being lied to. Like newly hatched ducklings, they are bonded to their corporate Mommies, 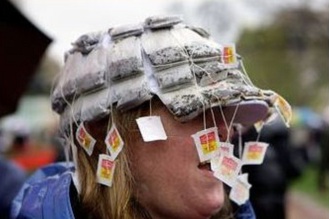 who they follow blindly, fighting against those who would help them. On the other side, we see this eruption of truth-valuing in that, despite Tea Party’s misguided actions, the polls show that Republicans, the party of organized deception in allegiance to interests of a global clique of “filthy rich,” are seen to be more like fools than as credible opponents. [Footnote 2]

Continue with
Apocalyptic Wake-Up Call: What Planetmates Say…
Would You Respond You Are NOT “Stupid Ape”?

Return to Apocalyptic Wake-Up Call: Who Would Want Such an Ending? Why Not a Hero’s Tale Instead?

1. Earlier versions of this piece have been posted on these sites, Apocalypse Emergency, Primal Spirit, Apocalypse No!, Amplify, Truth Will Out, and Things That Want to Be Said. The unrevised version of Apocalypse? Or Earth Rebirth? (titled Apocalypse, or New Age?) is at http://www.primalspirit.com/emerging_perinatal_book.htm . A “webmap” of my online works on this topic is at Re the book: “Apocalypse? Or Earth Rebirth” – a webmap, “owner’s manual” ..Something wonderful is going to happen [return to text]

2. An example of this came out in the wake of the Fukushima reactor blow-ups. Republicans said a number of stupid and insensitive things, which were widely shared and roundly ridiculed. Among those tidbits of foolery was Ann Coulter’s public statement that “Radiation is good for you.” Ann Coulter: “Radiation Is Good For You” at http://front.moveon.org/ann-coulter-radiation-is-good-for-you/?rc=fb.fan [return to text]

Continue with
Apocalyptic Wake-Up Call: What Planetmates Say…
Would You Respond You Are NOT “Stupid Ape”?

Return to Apocalyptic Wake-Up Call: Who Would Want Such an Ending? Why Not a Hero’s Tale Instead?