Why should we be surprised that social media became programmed to block progressive, revolutionary efforts after Occupy? Hell, they did the same thing in the 70s to derail the activism then, too. 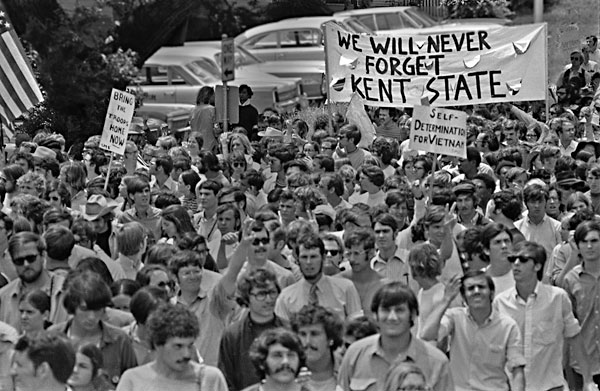 [this is an addendum to the previous post on this topic,

Who’s behind the Facebook curtain? Profiling the elite, a silhouette of the real New World Order ]

Now that i think of it, why wouldn’t the powers-that-be seek to direct the influence that Facebook has on the world along a particular direction?

After all, since not long ago, FB and twitter were central to major revolutionary and occupy movements around the world, it makes perfect sense that those affected by such outbursts of democratic activism would want to direct such a force (FB and twitter) and would by now have had time to regroup. It makes sense that they would have by now clandestinely set up algorithms, protocols, procedures, policies, and more designed to orchestrate and direct the power of this social media along lines beneficial to themselves.

No small power, this, since Facebook has influence over more than 1/6th of the world’s population, at 1.23 billion members; it would seem to have a power larger than any nation in the world and perhaps larger than any worldwide religion. Of course by now those with money and power would have infested FB and the rest of the internet with elements meant to orchestrate and direct the powerful forces gathered together by these media along lines beneficial to them.

Indeed, this exact kind of thing happened as a reaction to activism of the Sixties, which I detail in my book, Culture War, Class War. As i make clear, America, beginning with Kent State, experienced a massive effort by the 1%, to direct all public institutions along lines beneficial to themselves and away from democracy and, in particular, the issues raised by the activism of those times — Civil Rights, war, free speech, the environment, and so on. Major institutions like education, specifically higher education, and the media were specially targeted. As they had been most influential in the awakening of the American mind, they could also be the tools for the dumbing down of the America to be created after 1971. We see the effects of these efforts today on a scale so huge that only folks like myself, who experienced a different, more free America, can even see them and note the glaring contrast to the America we knew when we were younger.

It is so obvious, I am astounded that i did not see this before now. Of course, the 1% has its fingers in everything on the internet … and all of media. The internet has an air of free speech and democracy about it because everyone has the right to post, to create blogs, and so on. What is less obvious is the control that has been going on behind the scenes, and Facebook has been a good example of that. For Facebook has shown in recent years this encroaching tendency to control the degree to which posts will be seen, even among friends. Beyond that, there are algorithms for deciding the degree of exposure posts will receive, which, it is known, are guarded secretly by Facebook, Google, and the rest.

My mistake was assuming those decisions were all made on grounds having to do with profit and for business reasons. Of course there are going to be all kinds of considerations going into the construction of those ways of influencing the flow of information that are political and are for the benefit of the 1% and the powers-that-be. Why wouldn’t the owners of power use that power to influence the flow of information to protect and increase their power? That has been true throughout society, of course it would be true for the internet, though it is even easier to hide there.

My oversight, also, was not realizing how the internet could be influenced in invisible ways affecting small fish such as myself. But i realized all they had to do was create the net in exactly the right way, and all kinds of folks like myself would be caught up in it.

The point is that it is intentional, but it is not necessarily specifically targeted at particular individuals. 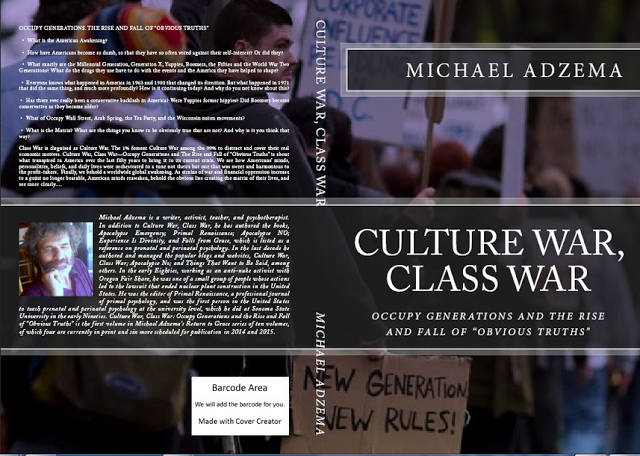 [this is an addendum to the previous post on this topic,

Who’s behind the Facebook curtain? Profiling the elite, a silhouette of the real New World Order ] 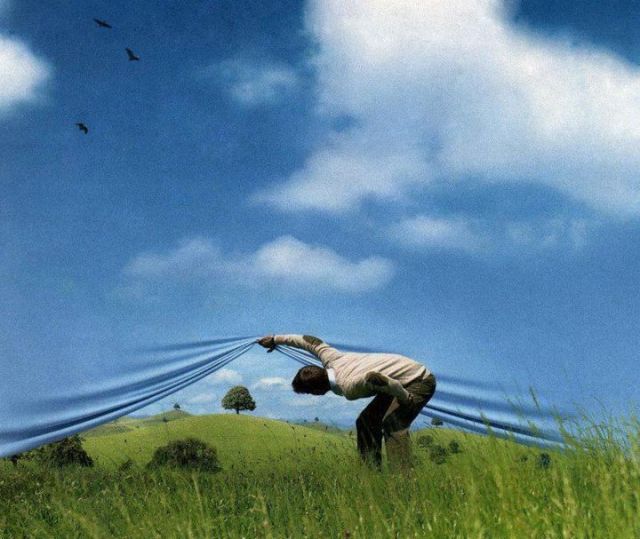 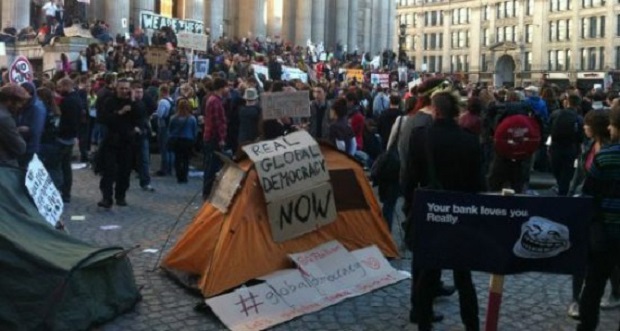 Who’s at the controls over at FB? Well, the profile, from my evidence, is one of right-wing, Christian, anti-environmental, anti-activist, greedy/paranoid, capitalist types defending the 1% … Well, welcome to the “real” new world order:

Interesting what is going on with me over at FB these days. There seems a discernible pattern to the harassment i receive and have been receiving for a year and a half.

They’ve had me blocked and unable to interact for a good deal of that time — in “FB jail” is the way we put it. And while it is good to be out … at this moment anyway, lol …  and not blocked, as before, from posting in groups, from commenting and liking anything (even my own posts), there are new developments, new harassments.

Out of jail, yes, but would you believe that FB has actually deleted all of the Notes that i made since April 27th of this year…. including several powerful and much talked about ones on the environmental emergency upon us (titled “if you don’t read anything else by me, you should at least read this“) and the one giving information on my book, Culture War, Class War…. which is a book supporting the 99% in struggle against the 1%.

also, they are blocking all links to my blog, Funny God, as well as they’ve begun blocking any links or connections to or from tsu…..

it’s unbelievable the extent that they will meddle in the work of little old me …. after all, i’m hardly important…

Relatedly, i have been blocked for nearly all of the last year and a half from being able to share directly from a post to any of the groups i belong to, including my own. I cannot click the share button on the bottom of a post and direct it to a group, i have to copy url’s and text and go to the actual page of a group and paste it in there manually. Consider the hassle this provides when trying to network, to share information on issues.

Altogether, it looks like someone at FB, or FB itself, is fucking with me over my efforts to raise some urgency over the environmental apocalypse and human extinction we are on the verge of….

over my attempts to raise awareness on the class war going on… my attempts to highlight the economic injustice and the media manipulation that are being used to keep the sheeple in line….

wants to throw a monkey wrench into my ability to network easily, thus inhibiting my activist activities

and hates the idea of a Funny God...

as well as doesn’t want me promoting tsu, a social media platform in competition with FB…

does it not seem that there is a pattern to these seemingly random “glitches”? Is it part of some anti-activist algorithm with a pro-fundamentalism subroutine? A right-wing creation being used to beat up opposition? But, if an algorithm, then how to explain why my Notes were deleted… i mean selected with seeming intention and actually deleted, with the work on them lost.

Think i’m being paranoid? Then how about this? The arrangement of my features on my wall, which i was allowed to set so that my Notes would be noticeable and at the top, was actually changed so that they would be hidden … and someone would have to dig for them; they would not find the hundreds of Notes i have written on activist and spiritually free-thinking topics unless they knew already that they were there. LOL. To top it off, when i go to set the arrangement properly, it does not get arranged properly on my wall, though my settings are indicating that the Notes *should* be on top, where i place them!

soooo…. sounds to me like forces that shape up as Christian (or otherwise fundamentalist), fascist, part of the economic elite, and greedily concerned over a rival social media…

Capitalistic, greedy Christians with no concern for free speech or rights and wishing to derail activism?

sounds like most of the right-wing we see everywhere these days… typified by Faux News, for example.

But who in hell would have the funds or motivation to pursue such clandestine activity to keep the activists and free-thinkers down? Who would have the money and staff? i think i’ve answered my own question, and it certainly wouldn’t be the forces of the 99%. Think *that’s* outlandish? How about alongside the fact that forces of the 1%, specifically the Koch brothers, are known to have entire staffs working on altering the content and flow of information on the internet and social media in order to keep them and their activities and interests in a positive light.

based on all this shit, i’m even more determined to expand my internet exposure across larger and larger territories of different kinds of social and internet media….

so, in conclusion, fuck FB!

by the way, i encourage all and everyone to join me at Tsu. They are still a puppy dog compared to the FB behemoth. Still, i haven’t encountered any of the targeted monkey wrenching of activist or consciousness raising activity like at FB. At least not yet … and it’s been about 4 months i’ve been there.

give them a username and a password of your choosing.

Remember, another advantage of tsu is that they share the ad revenue we generate for them with all tsu members. It’s not much, but it is actual money, and it has the potential to amount to something in the long run, especially if one gets in early enough on, like now.

You’ll also start with at least one friend there (me), as i will send a request to friend, upon your joining.

Anyway, happy networking! We will overcome as we go over, under, around, and through any and all obstacles and harassment tactics to bring about a better world.

— for more on the elite and the culture war, class war being discussed here, see my book, “Culture War, Class War: Occupy Generations and the Rise and Fall of ‘Obvious Truths'”

for more on the environmental crises referred to here, see my books, Apocalypse Emergency, Apocalypse NO, and Planetmates: The Great Reveal

This entry was posted on October 30, 2015, 7:38 pm and is filed under 1%, activism, book, Class War, Culture War, Culture War Class War, globalrevolution, Michael Adzema author, social media, totalitarianism. You can follow any responses to this entry through RSS 2.0. You can leave a response, or trackback from your own site.