Past Lives, Other Lives, and The Vast Hole of the “Not the Tribal”: A Foray Into Cellular/Transpersonal Consciousness, Part Four — Sidling Up to the Implicate Order

Warriors, Priests, Cells, and a Juicy Glowing Blastocyst on the Rise: Western Culture Has Created This Vast Hole in People … Primal Desire … and Love

(continued from Life Is a Sickness … for the Purpose of Getting Us Well: A Foray Into Cellular/ Transpersonal Consciousness, Part Three — There Is Always Grace [Footnote 1])

A Juicy Glowing Blastocyst on the Rise (February 8, 1992)

I was just thinking how the mandala that I drew earlier was a picture of my feelings, but it ended up looking like I was this glowing blastocyst: And I was trying to reach out to these cells. And what that was representing was my juicy feeling, wanting to help all these people that I felt connected with, like my family. I realized how that’s a feeling that’s gone with me throughout my life, and so it’s amazing how this reflects a certain biological stage in our early life. 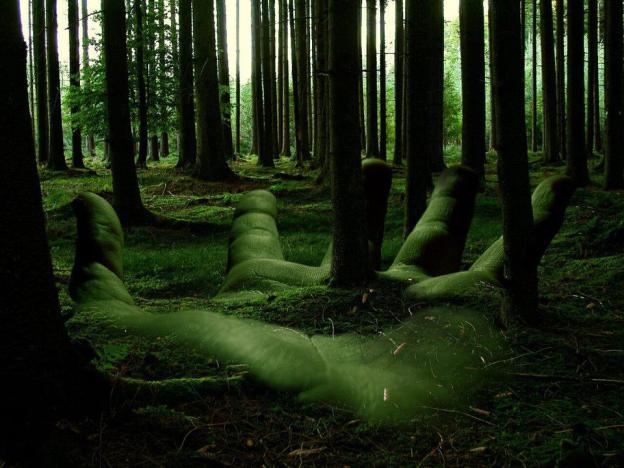 What the mandala was showing was this juicy glowing blastocyst—which I felt I was when I was lying in that comfortable space coming up out of this underlying blue, comfortable, wonderfully comfortable, blue waves; with all these black signs of pain trying to fuck with it, and put out its light, but at the same time wanting to reach out to these other people [these other cells]. 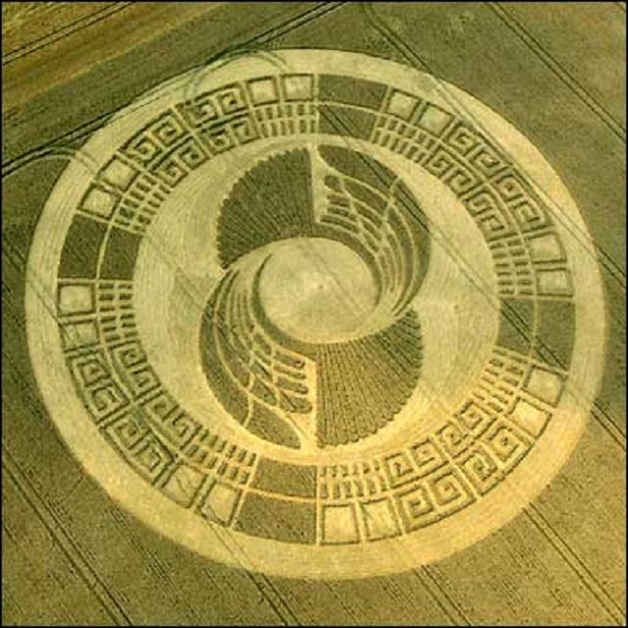 But it looks like the blastocyst is coming out from the spirit world, and it’s being attacked by all these one-celled animals that want to eat it up or something—which could be something biological—but it wants to reach out to connect with the uterine wall. Incredible. 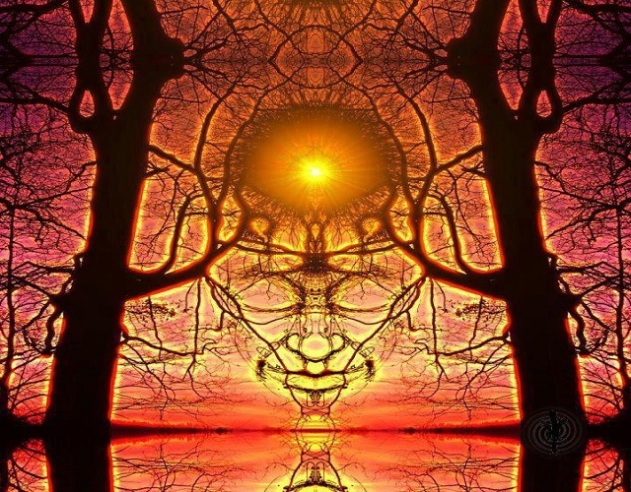 A Ball of Experience, or Sidling Up to the Implicate Order (February 9, 1992)

Past Lives, Other Lives

It wasn’t all either good or bad—it was just different, interesting. In fact a lot of it was not even good—it’s just that it was so different it made it interesting.

I did have the sense at one point that maybe there was a couple of past lives that I was tapping into. And one concerned my being a priest. I remember my feelings of wanting to put my hands up in the motion of blessing somebody with the sign of the cross, and how that seemed so natural to me. In tapping into this I had the sense of myself dressed as a priest and having my hands like that—it felt natural.

Another past life concerned something which was entirely opposite. I don’t remember what that was: perhaps a warrior. And then there have been feelings recently of identifying with black community and black lifestyle; feeling very wonderful and natural and “at home” in that way of being.

Another note: After I looked at my mandala, it occurred to me that the people I was trying to reach out to could be thought of as cells, which I as a blastocyst was trying to implant into. And in the course of the sharing that followed the holotropic session, I felt myself distinctly unresponded to, that I had reached out several times and got no response from all the people around me. 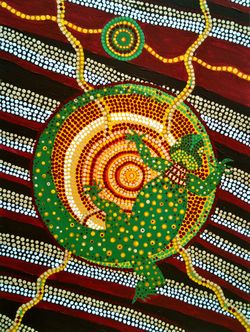 This seemed to reflect exactly what the situation would have been on the cellular level. It’s possible this was indicating that I as a blastocyst was trying to implant into the cellular wall and found no response, found it to be difficult, and that the uterine wall was unresponsive.

This relates to how I perceive my mother to have probably been emotionally unresponsive to my needs and my desires to connect with her. This relates to my feelings of total despair when I’m unable to get through to Mary Lynn, and also to my feelings of despair and agony in not being able to get through to my family—who can now be seen as reflecting these various cells that I’m trying to connect with.

There was one somewhat profound thing that happened though. And it had to do with a particular piece of music that sounded like African tribal men who were chanting real fast at one point. And then there was what sounded like an old woman doing this real squeaky-sounding thing with her voice, which was part of what they were supposed to be doing all together, and it was integrated with the rest. And all together it was a very bizarre sounding piece of music, with drums.

The Beauty of It All

I was thinking over and over again about the beauty, the beauty of it all, how beautiful everything is. And then I began to realize it was love, and then there was this feeling of being like in a primal setting [like being in a primal culture, tribe] and feeling what it’s like to be loving everybody and wanting them, and thinking that they were beautiful … so beautiful to be alive and to be with people.

And it was just this feeling of love for them and beauty about being alive.

We Do Not Have a Tribe 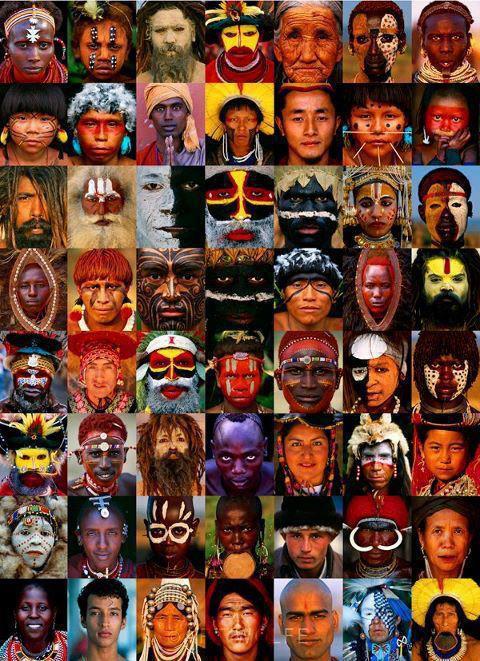 And then I thought about myself being in this place [in the holotropic training group], and I thought it was similar. But there was also something different, which was that the Western world did not have tribes. People are brought up separate from each other, and the Western culture has created this vast hole in people and how that wasn’t bearable, all the time we were in existence. And it’s just the saddest thing, about this gigantic hole in each and every one of us because none of us had a home, we lacked that place where we belonged, we did not have a tribe. 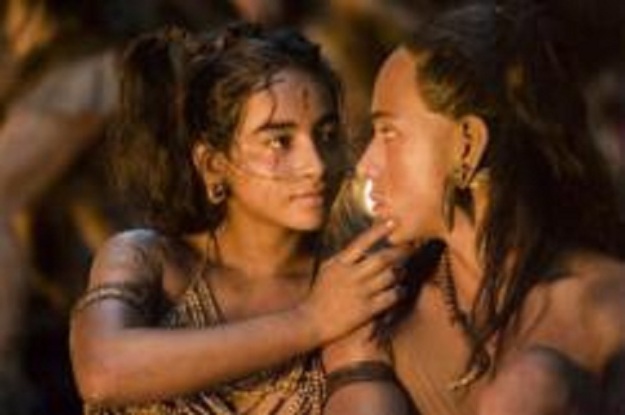 Another strange aspect of this session was whereas I really enjoyed the music, and the music could not be loud enough for me in the beginning, afterwards it seemed too loud. I didn’t like it at all then. 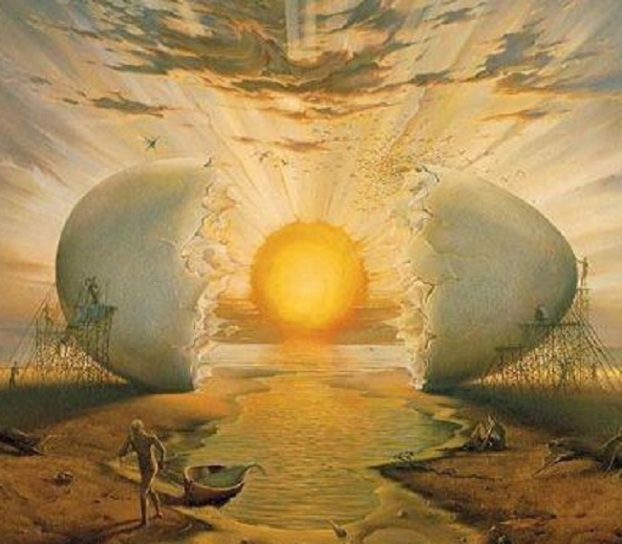 Continue with The Sound of Creation and Cellular Template of Eternal Bliss: I Was This Pulsating One-Celled Animal … Each Reaching Out Was Joy of Being Alive

Return to Life Is a Sickness … for the Purpose of Getting Us Well: A Foray Into Cellular/ Transpersonal Consciousness, Part Three — There Is Always Grace

Continue with The Sound of Creation and Cellular Template of Eternal Bliss: I Was This Pulsating One-Celled Animal … Each Reaching Out Was Joy of Being Alive

Return to Life Is a Sickness … for the Purpose of Getting Us Well: A Foray Into Cellular/ Transpersonal Consciousness, Part Three — There Is Always Grace

This entry was posted on December 18, 2013, 2:12 pm and is filed under activism, authenticity, being yourself, Culture, globalrevolution, individualism, life, meaning, nonconform, philosophy, psychology, science, spirituality. You can follow any responses to this entry through RSS 2.0. You can leave a response, or trackback from your own site.